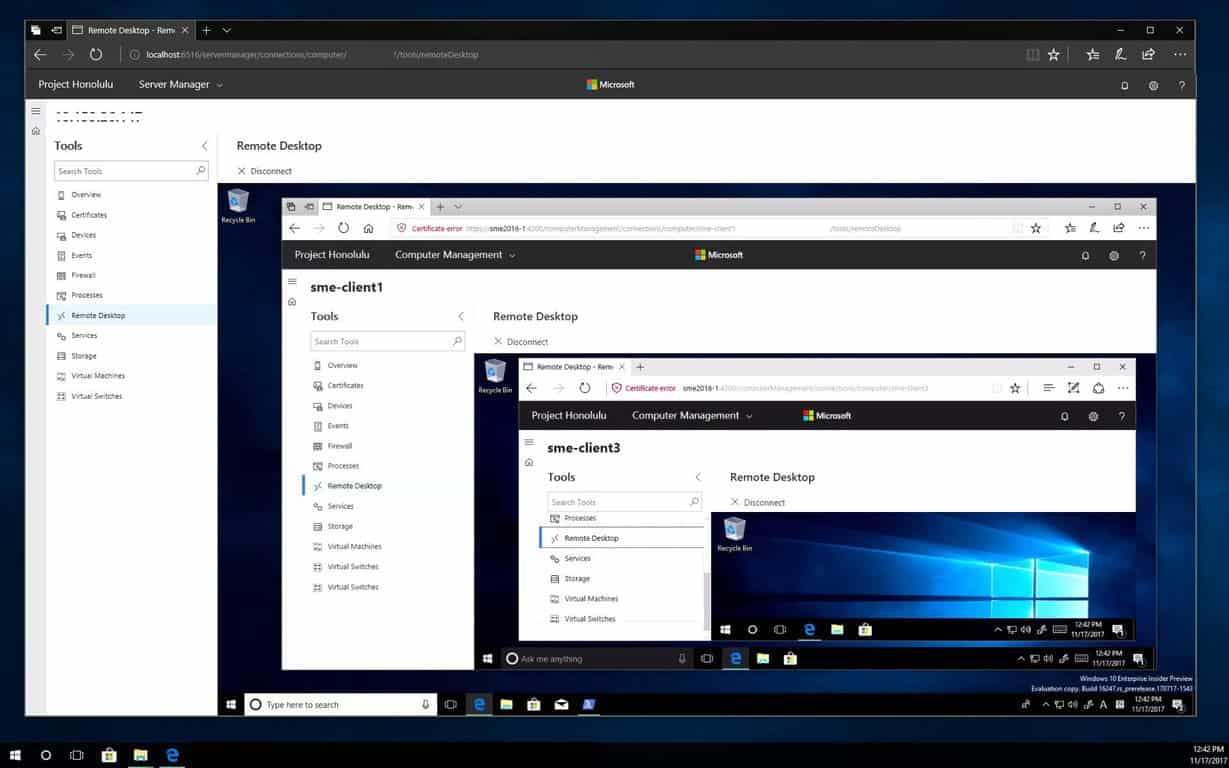 Following the roll out of a new Redstone 4 build (17120) today, the Windows Insider team also announced the release of Project Honolulu Technical Preview 1803 to Windows Server Insiders. The new browser-based tool for server administration has been updated with Azure Active Directory (AAD) based access control, an updated logging schema, resizable UI elements, as well as several improvements for existing tools.

The Windows Insider team also highlighted today that Project Honolulu can now be updated via Microsoft Update. “If you do not have the “Give me updates for other Microsoft products when I update Windows” setting enabled on the machine, the Honolulu installer will give the choice to toggle it during deployment,” the blog post reads.

In addition to this new Technical Preview of Project Honolulu, Microsoft has also released the Remote Server Administration Tools (RSAT) build 17108, which brings two minor fixes. Be aware that this new preview build can only be installed on Windows 10 Insider build 17110 or higher. The latest build for Project Honolulu and RSAT can be downloaded from Microsoft's Windows Insider website.