Currently, we couldn't replicate the update in production release and the current patch notes on the Windows Store for Microsoft Photos doesn't mention anything about these new options. But users in the Fast Ring should be able to update the image editor through the store. When opening up the Photos app after updating, you'll be prompted with the notification below.

Update: Photos app for Windows 10 Mobile has also been updated with a changelog identical to its PC counterpart for Fast Ring Insiders.

These features take a lesson from so many other image editors on the Windows Store such as Adobe Photoshop Express and PicsArt. With Photos being the default image editor for Windows 10, it only makes sense that they want to provide what users need right out of the gate instead of searching for third-party apps.

There's no word as of yet when these features will be publicly available or when they might trickle down to mobile, but given that it's already in the Fast Ring it shouldn't be much longer. Make sure to update from the store with the link below. 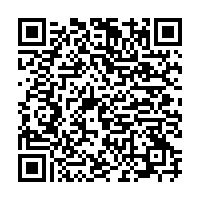