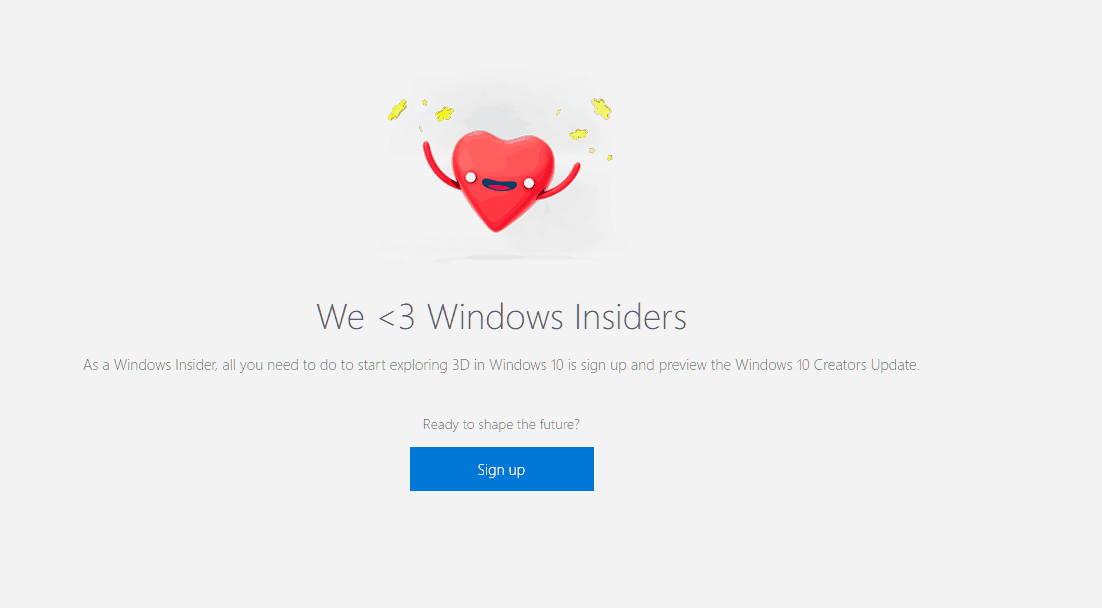 During Microsoft's Windows 10 event, that took place in New York City, the company announced its all-new website, Remix 3D, that is part of the company's new 3D platform, set to arrive in the Windows 10 Creators Update.

Earlier, we reported that the Remix 3D website is region-locked and only certain people could sign up for it. Now, however, Windows Insiders can join in on all the 3D action. In an update to the homepage, a new message is displayed that shows the following message:

Windows Insiders can now click Sign up on the website, where they'll be asked to enter a nickname and select a profile icon from a pre-generated set of icons. After that, they're thrown straight into the experience:

Once in, users can begin uploading and sharing their 3D models, whilst building their collection under the My Stuff screen.

Let us know what you think in the comments below!