Last week, the Windows Insider team introduced a new "Skip Ahead" for Windows Insiders on the Fast Ring, allowing them to opt in to receive pre-release "Redstone 4" builds as well as inbox app updates from The Windows Store. At the time, Head of the Windows Insider Program explained that not all Fast Ring Insiders would be allowed to skip ahead: this is because the team still needs a sufficient number Insiders to give feedback about new builds from the current development branch (Redstone 3) ahead of the release of the Fall Creators Update.

As of today, it looks like the limit as to how many Fast Ring insiders could skip ahead has finally been met. If you visit the flight settings page right now, you'll see that there is a new message saying that "Skip Ahead is now closed" (via Windows Central). 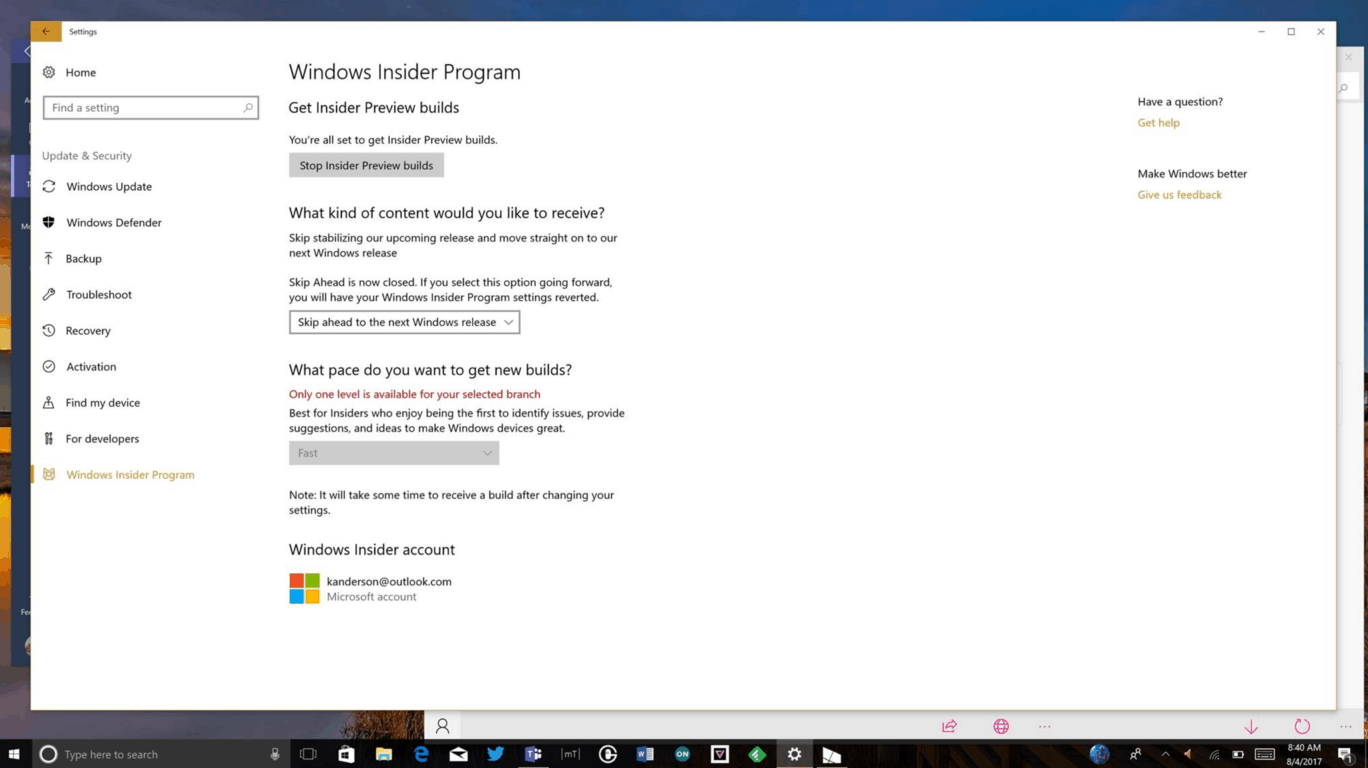 For now, Fast Ring Insiders who chose to skip ahead and the others who didn't are still pretty much on the same page. However, when the first Redstone 4 builds will start to roll out, Fast Ring insiders who opted in to test them will no longer be able to go back to builds from the normal development branch (Redstone 3) without reinstalling Windows 10.

To sum up, things should soon start to diverge in the Fast Ring, but this is a temporary situation that won't last after the release of the Fall Creators Update. "Once the Windows 10 Fall Creators Update is released to the general public, this skip ahead option will go away and the Fast ring will be back to receiving builds from the RS_PRERELEASE branch for the next Windows 10 release and inbox app updates from the Store will be fully restored to all Windows Insiders in the Fast and Slow rings," explained Dona Sarkar last week.