Windows Insiders are welcomed to Microsoft HQ - OnMSFT.com Skip to content
We're hedging our bets! You can now follow OnMSFT.com on Mastadon or Tumblr! 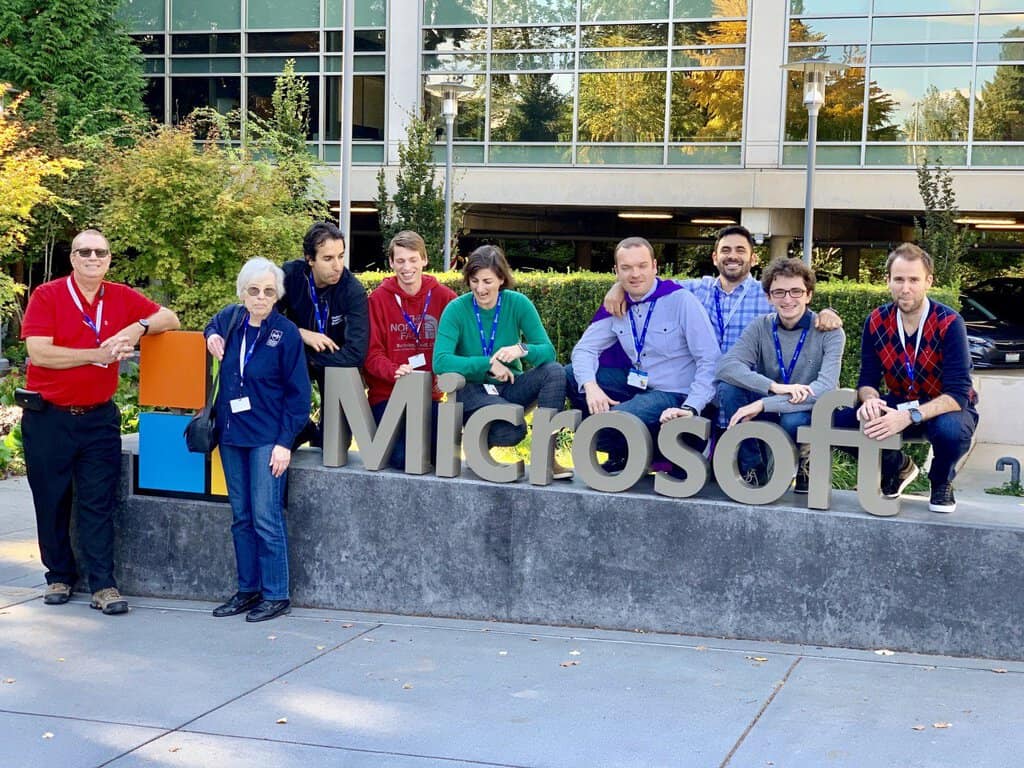 As one of the lucky winners of the #Insider2Campus contest, I got the chance to visit the Microsoft Campus in Redmond last week. The tour of the campus was an amazing experience. Some of you asked how did I enter the contest, what did I have to do and what did I see while I was there? Here is the full story.

The contest consisted of participating in a Bug Bash where you go through step by step quests to try out the latest features from a new major Windows 10 update before it is released to the public. Windows Insiders leave feedback for the engineers back in Redmond so they can fix and resolve problems.

Who were the other lucky winners?

First off we had to get our Bacon! Yes, just like the strips from the narwhal (seriously I thought something was odd, it all made sense).

Then we were taken by bus to visit each of these places throughout the week.

A Modern Workplace - A look at how Microsoft is reshaping the workplace to make it more modern with spaces that provide collaborative working without sacrificing personal space. The Modern Workplace is so you can enjoy the secure environment and can exchange ideas and conversations so the best work can be produced in a faster more agile workspace.

The Anechoic Chamber - how audio is tested on devices namely Surface and Xbox devices. The chamber has won a Guinness World Record for being so quiet. The testing of sound on devices is important when used in certain conditions in the room, so this chamber cuts out all the noise levels and the devices get a proper test for all those decibel ranges.

A peek into what our #Insiders2Campus winners are up to - checking out the anechoic chamber, the quietest place on earth, right here at Microsoft headquarters. They say it's so quiet, you can hear your own joints moving...! pic.twitter.com/B0ig3AAVWn

The Surface Lab - A look at what makes up a Surface device, I was amazed at how much thought is put into the Surface Devices, every look and feel is designed with thoughtful care and attention. They are tested for durability so when you throw it at the wall it doesn't crumble into pieces (Please don't try this at home).

The Microsoft Garage - Experiments are conducted here and if they are lucky enough make it on the hall of fame. Some of these experiments include FindTime, a Microsoft App which is very useful when you're trying to find time with a co-worker or family member. These experiments are made by small teams and interns also have a chance experiment.

Touring The Garage at Microsoft HQ with winners of the #Insiders2Campus contest! The Garage is a resource for Microsoft employees to support new ideas, creative problem solving, and more. https://t.co/yUnaP6Pim2 pic.twitter.com/D34e8jMXKZ

Microsoft Treehouse - Another touch on the Modern Workplace, a new venture outdoors, where your well-being can be improved with the forces of nature. The sound and space around you is different, a more relaxing atmosphere. If you like nature then you will hear the rustling sound of a squirrel.

Envisioning Center - The home of the future, and the future of the workplace, how rapid change in the home environment and busy working lives feel like they are merging together sometimes. It is a vision of the future where technology is made easier to use and faster connectivity.

The New Modern Campus was showcased - we got chance to see the new Microsoft Campus through Hololens and walk around the new campus as if we were there, there is a focus on local communities getting involved and selling their products on campus.

At the end of the week, we had some fun on the webcast! You can see a replay from Mixer. The whole tour was very well organized by the Windows Insider Team, so much energy and excitement for us to be there made the tour that much enjoyable. Look out for more contests from the Windows Insiders Blog posts, you may get lucky like me to visit the campus.

Microsoft gets another low score from iFixit for Surface Pro 6