The UWP Windows Defender we've seen on stage at the Windows 10 Event last month may not have been what we initially thought. A new app showed up on the store, called Windows Defender Hub (via DeskModder).

The app currently doesn't do much more than the Office Hub app. It redirects you to the corresponding legacy application. It's not really useful for anything else other than looking cool on your start menu, showing blog posts and giving you some tips on security, because the best antivirus in the market is your own brain.

It may be updated in the future as a replacement of the current, outdated, antivirus software Windows uses, but this is pure speculation as no official word has been revealed at all about this application.

Ironically enough, this app has been compiled for ARM-powered CPU's which means it can be installed on a phone, but in order to do that, you need to open the "My Library" page in the store from your phone and install the Hub from there.

The mobile version is very buggy, with the header covering up to two-thirds of the display and the "Open Windows Defender" button not working at all, as there is no Windows Defender on phones.

The app is available from the link below: 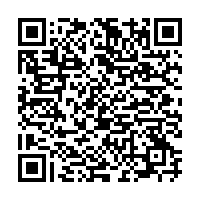