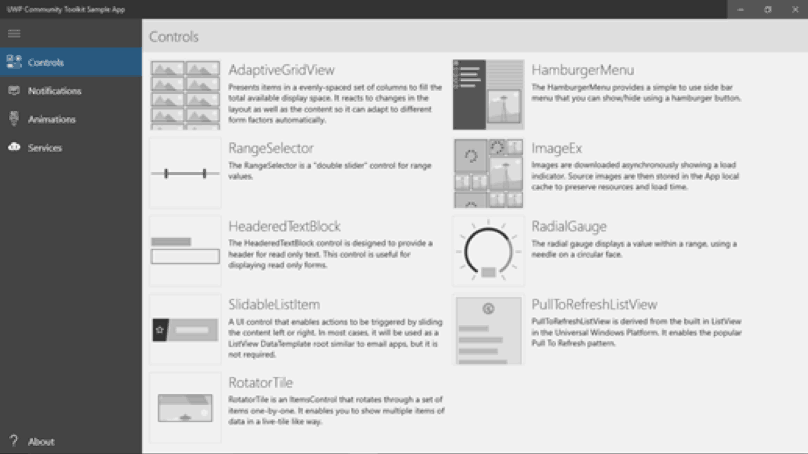 Back on May 2, Microsoft announced a rebranding of the UWP Community Toolkit to the Windows Community Toolkit. As part of this, the company yesterday released what they are calling the biggest version update yet for the toolkit yet.

Microsoft dives into the API and other changes with this version 3.0 release in their blog post, but there are several major new features. First of all, there are Fluent updates to existing controls with support for light and dark themes. There's also new package introducing new controls to access the Microsoft Graph. You can have a look at the other new features below.

This release also comes with new controls and helpers to existing packages for the CameraHelper and CameraPreview, UniformGrid, and InfinteCanvas. These make previewing camera frames, responsive layout controls, and infinite scrolling, inking easier.

You can check out the full list of updates included in this release by heading to this website. You also can learn more about the Windows Community Toolkit by following this tutorial.