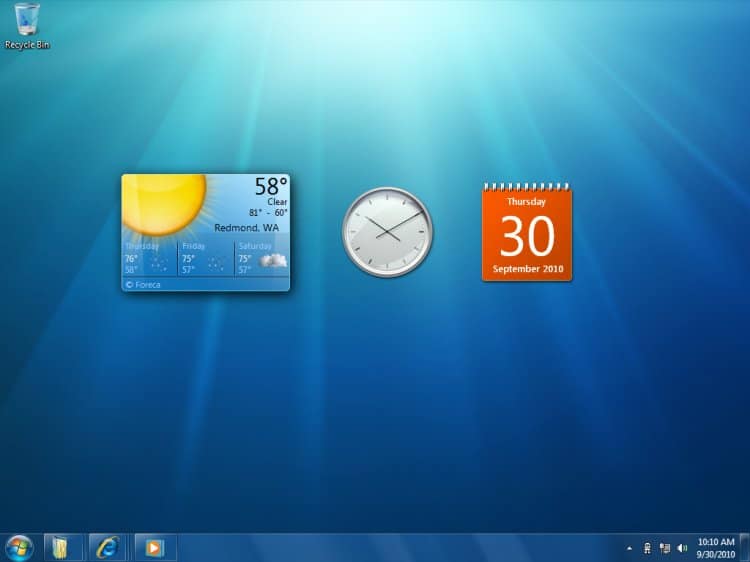 According to the study data, Windows 7 has the highest share, running on 69% of business PCs, and Windows 10 currently has 9% of the overall share, followed by Windows 8 at 5%. The data also shows that Windows XP is running on 14% of all PCs in businesses worldwide, while Windows Vista is only running on 1% of PCs. Additionally, the data shows 54% of businesses across the globe have adopted Windows 10, which increased from 38% since Spiceworks July 2016 study.

Interestingly, the Spiceworks study also shows that Windows 10 is expected to have an adoption rate of 73 percent and an overall operating system share of 17 percent in businesses by its two-year anniversary at the end of July 2017. This is not surprising, given that a study which was done by another research and data insight firm, CCS Insight, also finds that 86% of firms have plans to upgrade to Windows 10. 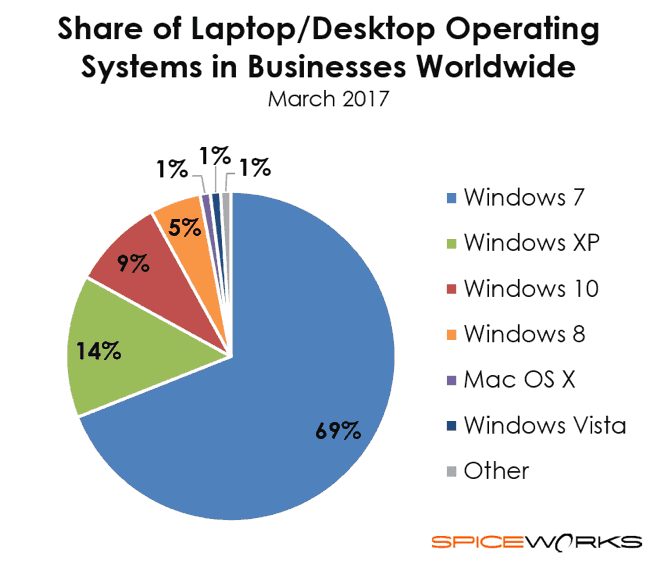 Data from the Spiceworks study also looks at penetration rates of the various Windows OS, though these numbers can be considered less significant since they cover running at least one instance of an operating system within a business. The penetration data shows that 9% of businesses worldwide are still running at least one instance of Windows Vista, and 52% of businesses are still running some Windows XP devices. Windows 7, meanwhile, still has the highest penetration rate among businesses worldwide at 87%. Windows 8 and Windows 10 round out the penetration rates with 38% and 54% respectively.

The data collected in this study is based on anonymized, aggregated deployment data among a sample of hundreds of thousands of IT professionals across the globe that use Spiceworks software to inventory their organizations’ laptops, desktops, servers, and other network devices. Various company and organization types are included in the study, such as manufacturing, healthcare, education, government, and finance.