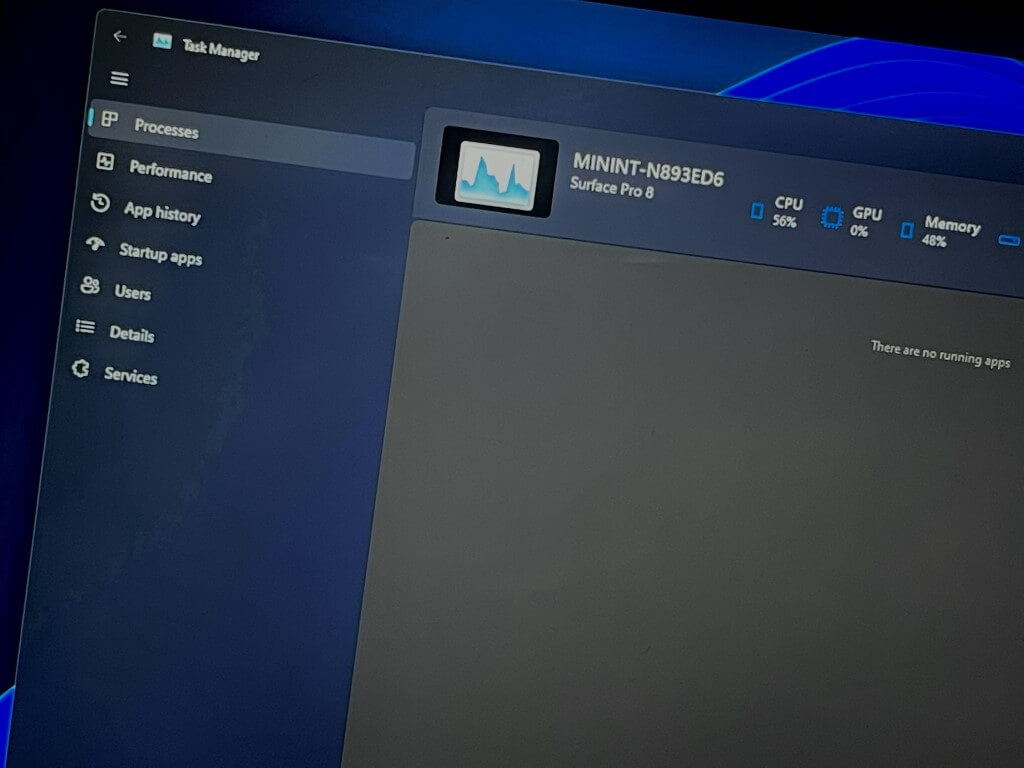 Microsoft could be working on adding some new features to the rumored redesigned Task Manager app that was recently spotted hidden away in Windows 11. That's according to Twitter user @FireCubeStudios, who recently posted a screenshot showing off a useful battery health, app health section in the app (via Thurrott.com)

The new options are apparently hidden away in Windows Insider Build 22543 in the redesigned File Explorer's "Home" section. The feature is still broken, however, and doesn't appear to work just right. It also has a text riddle teasing "Something something new, should we merge the startup tab into this view." We included the image for you below. 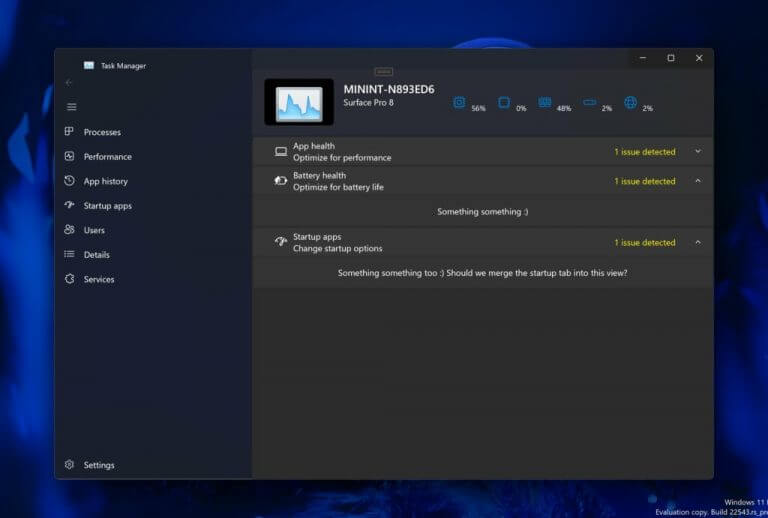 Nonetheless, it appears that it could be a useful way to peek at how your device is optimized for battery, how apps are running, and which startup apps are running without digging through Windows settings. Previously, these options were all in separate places, with the exception of Startup apps, which always lived in Task Manager itself.

Of course, Microsoft hasn't yet announced this new Task Manager at all. The company, though, did indicate in a recent Windows Insider blog that some newer features are intentionally disabled in flighted builds, and might be discovered by more technical Insiders.

Rockstar Games confirms "Grand Theft Auto 6" is in the works