The Microsoft Store on Windows 11 just got a little bit better. As pointed out on Reddit, the library section of the Windows 11 app store now has proper sorting options, helping you find and download the apps that matter most to you.

As seen in our image below, the update tweaks the filter button in the library so it’s no longer triggers a giant drop-down box. Instead, the filter button is now smaller, showing you options in a smaller compact drop-down menu. The button, though, is still on the right side of the screen, so that hasn’t changed. 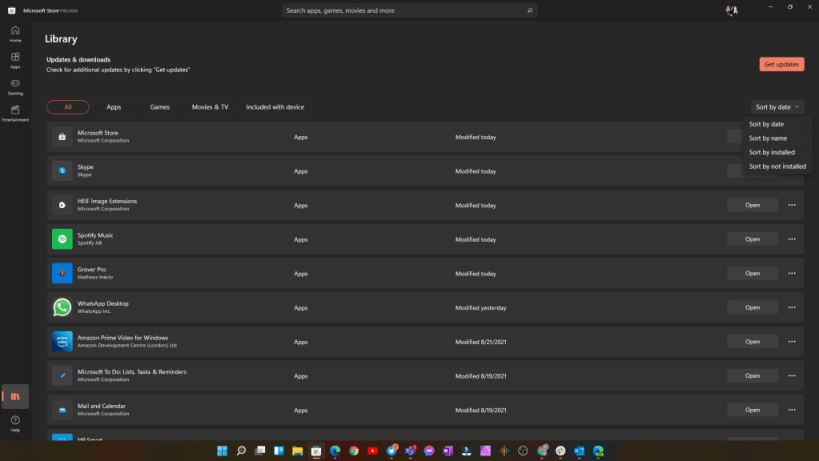 This is basically a quality of life change, and the reaction has been very mixed. Many Windows 11 users are still waiting for the much antipcated Amazon App Store and Android apps integration in Windows 11. As another interesting point, someone else mentioned out that the Windows 11 Microsoft Store still doesn’t let you remove apps from the library, especially pre-installed like Candy Crush or Spotify.

This change might be fairly minor, but there is hope that some bigger things could be coming soon. As we reported earlier today, Microsoft is alerting Windows Insiders that future Windows 11 Dev Channel flights will be “early development builds.” With Windows Central’s Zac Bowden hinting at a potential final sign-off of Windows 11 coming around September, then Android apps might be shipping in the OS post-launch and at a later date, with Insiders testing it first.