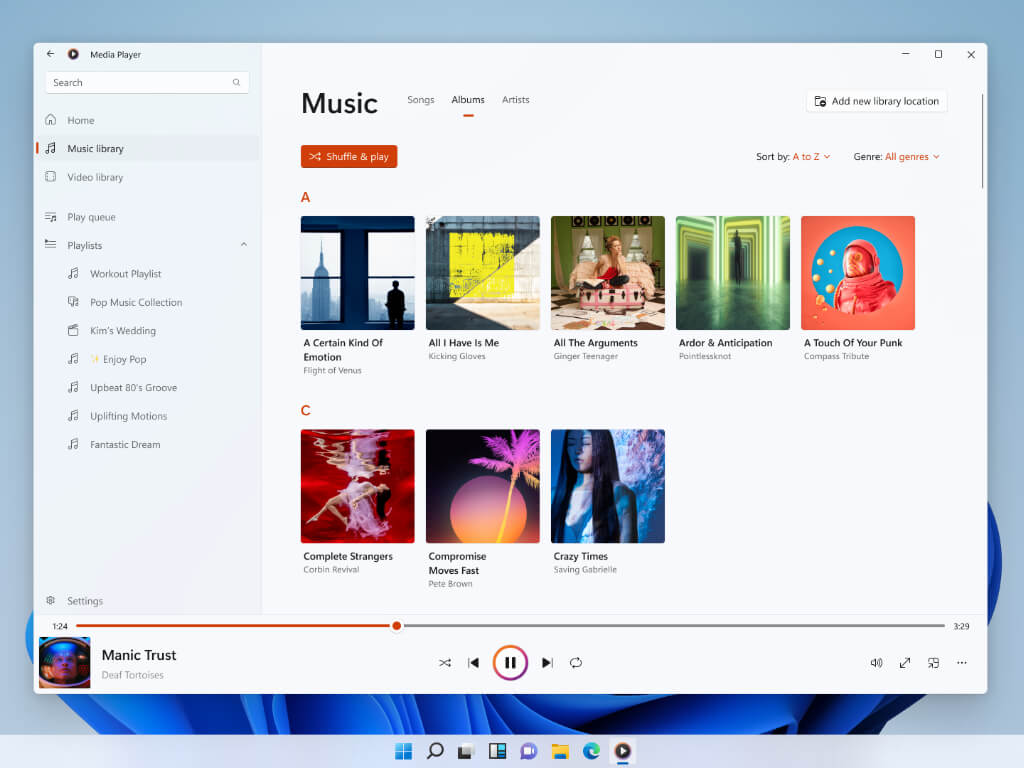 Beta Channel Windows Insiders, you're in for a treat. Microsoft has announced that the new Windows 11 Media Player is now coming to your PC.

As a reminder, the new Windows 11 Media Player first made its debut back in November of 2021. The player replaces Groove Music and brings a fresh new design based on the rest of Windows 11. It has a new media library, richer album art, and a cleaner progress bar along the bottom of the screen. Even better, all content in the music and video folders on your PC will appear automatically in your library in the new Media Player.

Based on the rollout of the Paint app, and the Alarms app, now that the new Media Player is heading to Beta Channel Windows Insiders, it should not be too long before it comes to the retail standard version of Windows 11. Microsoft even confirmed this when it shared that Windows now powers 1.4 billion active monthly devices, mentioning that it will be coming this month along with the new Notepad.