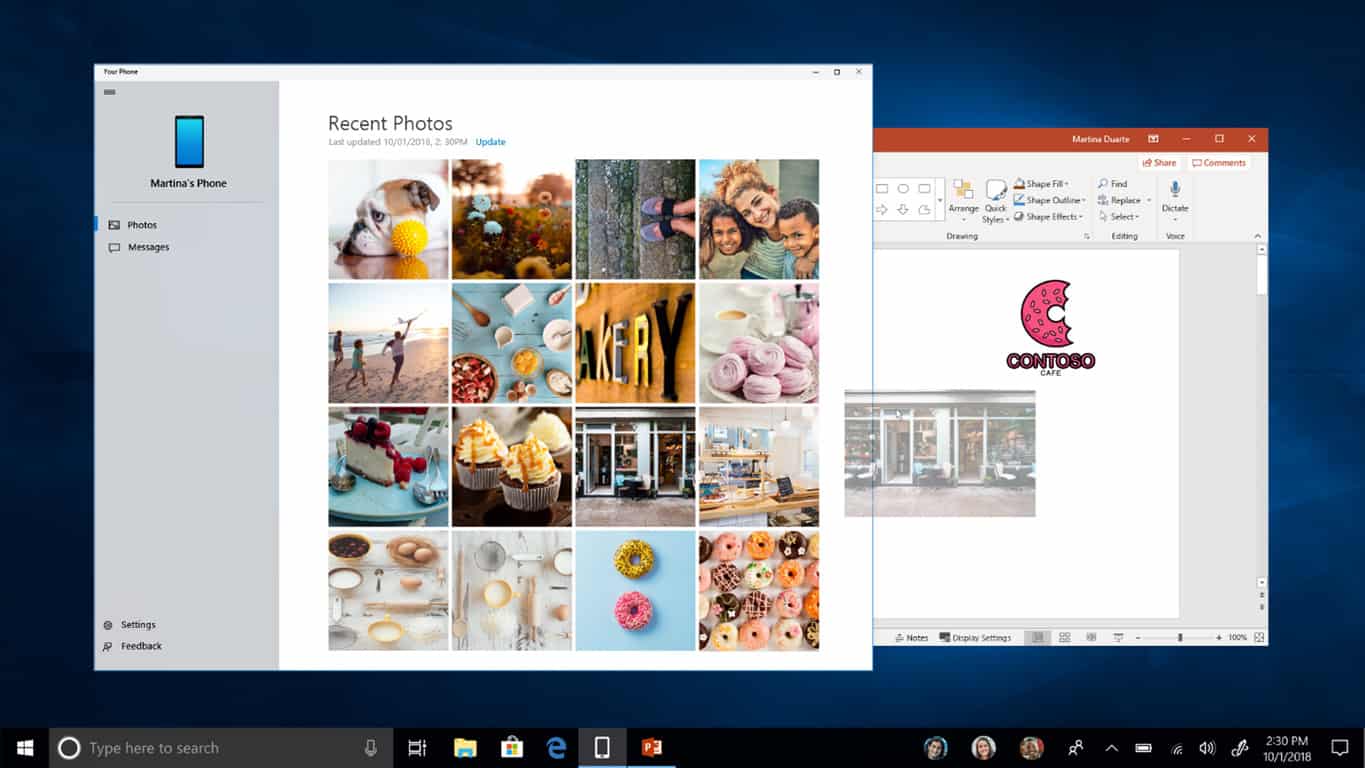 With the Windows 10 October Update, which has now begun to rollout to all users, those using a Windows 10 PC or tablet will now be able to manage their Android smartphone's text messages and recently taken photos directly from within Windows 10.

This new functionality is being made possible by the new Your Phone app which, once connected to an Android phone, will import the device's text messages and recent photos via the cloud. Users will be able to read and reply to text messages as if they were on their phone and photos can be dragged and dropped from the Your Phone app into other Windows 10 apps for editing or sending elsewhere.

iPhone users will also be able to use Your Phone though will have access to a different feature that will let them send a webpage to a Windows 10 device and continue browsing from where they left off.

More features will be added for iPhone and Android users after the initial launch. Android phone screen mirroring has already been confirmed as a future feature. This will essentially allow people to use their Android apps on their Windows 10 device without having to touch their phone. This feature is in very early stages though and exact details on it, and any potential limitations, are still unclear.

Microsoft's Your Phone app definitely has potential but it should be noted that photos taken on an iOS, Android, or Windows phone smartphone can already be synced to a Windows 10 PC via the OneDrive or Dropbox apps.

Also, while actual text messaging is a feature that's been rather hit or miss with the Windows 10 operating system until now, those who communicate with friends or colleagues via Facebook Messenger, Line, WhatsApp, WeChat, or Instagram can easily carry on those conversations with their official Windows 10 apps.

Do you see yourself using Your Phone much on your Windows 10 device or are you going to wait until more features are added? Share your thoughts with the community in the comments below and then follow us on Pinterest for more Windows content.