Microsoft’s Your Phone app is set to gain the ability to display the cellular and Wi-Fi connectivity icons, allowing users to check the status indicators of their Android phones directly on Windows 10 PCs. This morning, Twitter user Florian B posted a picture of the new feature in action, and it’s already rolling out to select users running Insider builds.

The feature is a welcome addition for people who use Windows 10 Your Phone app and wish to track the cellular and Wi-Fi signal strength without touching their smartphones. These status indicators are available at the top corner of the sidebar inside the hamburger menu on the app.

Microsoft’s Your Phone has picked up a bunch of new features in recent months. The app has gained support for deleting smartphone photos, notification pinning, and the ability to run multiple Android apps simultaneously.  This new status indicator support is currently available for Windows Insiders, and these improvements should hit the Stable version later this year. If you haven’t tried out the Your Phone app yet, you can download it by clicking the button below. 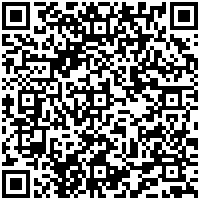