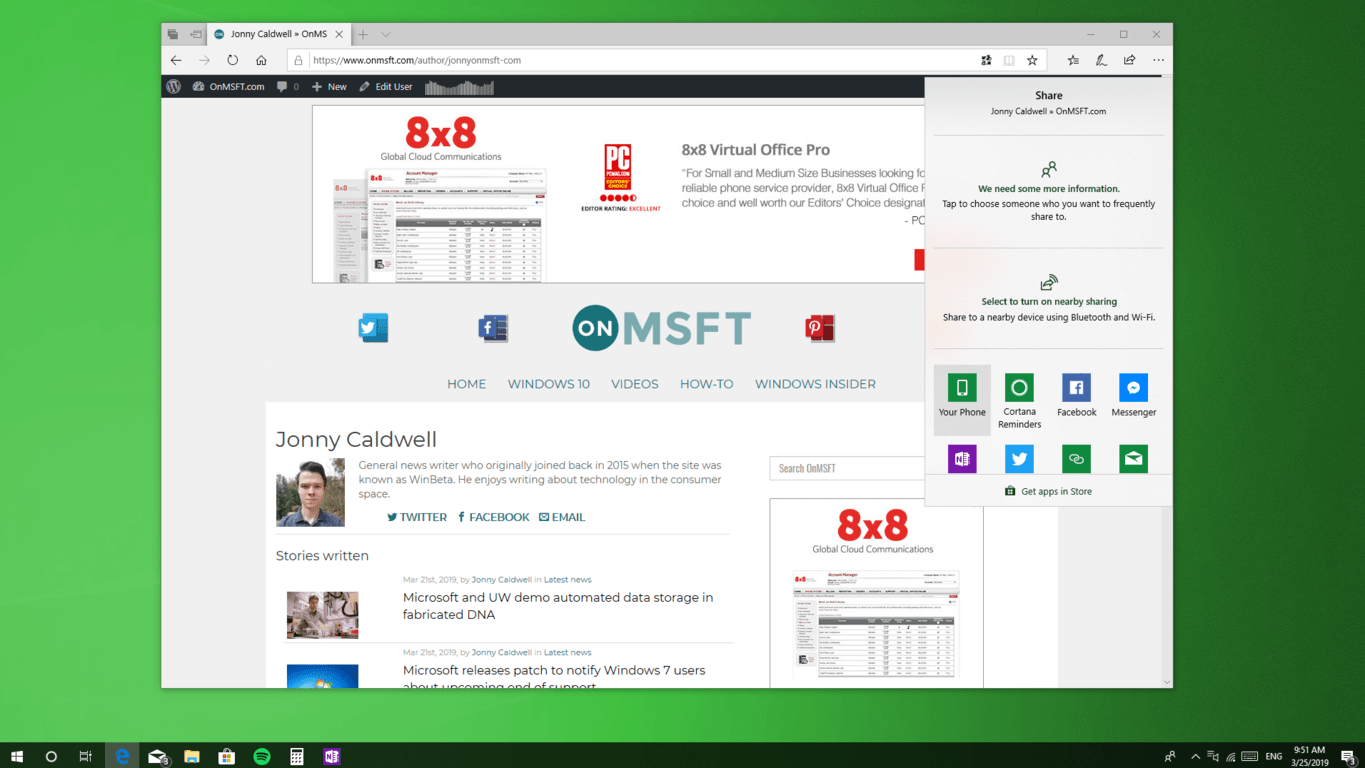 Microsoft is making it a lot easier to move content such as web pages from your PC over to your Android phone. A new update to the Your Phone application on Windows 10 now makes this possible, as it now shows up as an option from within the share menu in the Edge web browser.

According to MSPoweruser, Edge is the only supported app at this time, although hopefully it won't be long before more apps allow the same. Sharing a web page works by hitting the share icon from the right of the URL bar, bringing up a list that includes several apps, namely Your Phone. Clicking it will send the address to the Your Phone Companion app on Android, which will push a notification onto the device for the user to quickly open it in the Android version of Edge.

Interestingly, there's no way to set another browser as default, although a user without Edge can still open the web page from within the confines of the Your Phone Companion app, with a dialog at the bottom asking them to install the company’s web browser. While this could serve as a disappointment for many, it's still a handy way to quickly fling an interesting article to the device for times when you need to leave the desk.

Microsoft already makes it easy to switch content between devices by saving web pages and documents in a chronological list called Timeline in Windows 10, as well as Android with Microsoft Launcher starting with version 5.0. But this new feature gives users another way of moving content back and forth if their privacy settings don't allow for such synchronization in the cloud.