The Xbox app for Windows 10 (and Windows 11) PCs is becoming more useful today, adding support for Xbox Cloud Gaming right from the app. Microsoft previously tested this Cloud Gaming integration with Windows Insiders, but it’s now going live for everyone in the Xbox app, providing a great alternative to the existing web-based Xbox Cloud Gaming experience on xbox.com/play.

Xbox Cloud Gaming is currently live in 22 markets, and Xbox Game Pass Ultimate subscribers can access the catalog by clicking on the “Cloud Gaming” button in the Xbox app. "We’ve also added new features to help you get started, including easy-to-access information on controller and network status, Game Bar integration, social features to stay connected with friends, and the ability to invite people – even those also playing on cloud – to join you in a game,” the Xbox team explained. 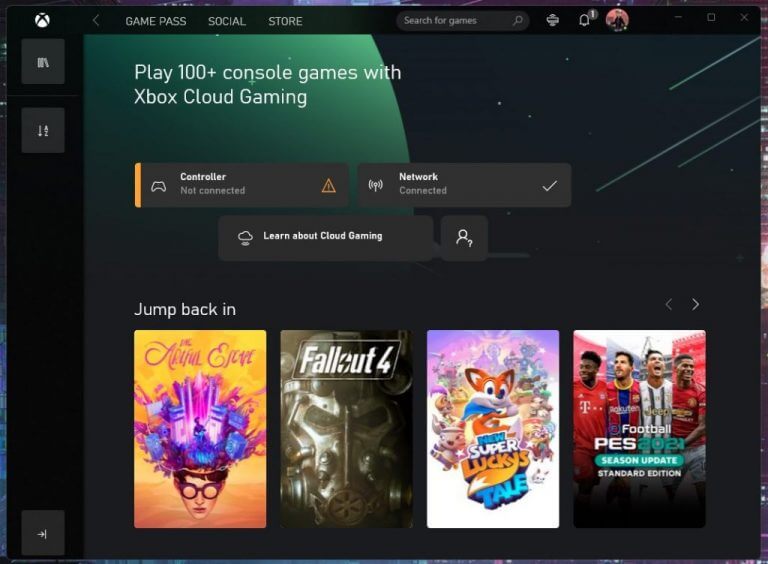 In addition to Xbox Cloud Gaming support, the Xbox app for Windows 10 is also getting the same Remote Play capabilities already available on the Xbox apps for iOS and Android. With this feature, you can use the Xbox app on PC to play any Xbox games installed on your Xbox Series X|S or Xbox One Console.

If the existing UWP-based Xbox Console Companion did support remote play from Xbox One consoles, Xbox Series X|S consoles owners have been unable to stream their Xbox games on their PC until now. "We’ve also made additional upgrades from previous iterations of Remote Play, such as general stability updates, allowing for games to stream at 1080p up to 60fps, and adding the ability to play select Xbox 360 and Xbox Original games, which has been one of the most highly-requested features,” the team also emphasized.

Unlike Xbox Cloud Gaming, Xbox Remote Play is completely free to use on Windows PCs, iOS, and Android devices. To access the feature, you’ll need to visit your Xbox profile in the Xbox app and right-click on your console in the right panel. 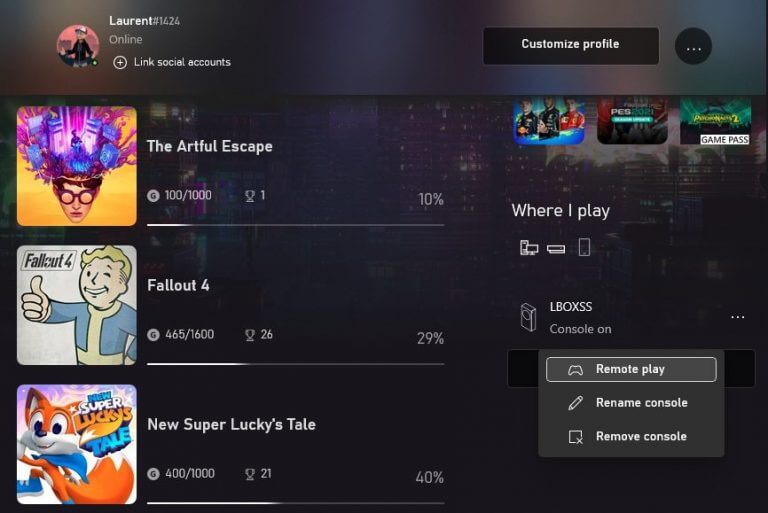 With these new game streaming capabilities, the Windows 10 Xbox is making it easier than ever for PC gamers to play Xbox games without having to install anything on their PCs. The app continues to provide access to Xbox Game Pass for PC games and other titles released on the Microsoft Store, but you can also use it to chat with your Xbox Live friends, browse the full Xbox catalog, and find your next favorite game.

Watch as Windows 365 runs on the Surface Duo