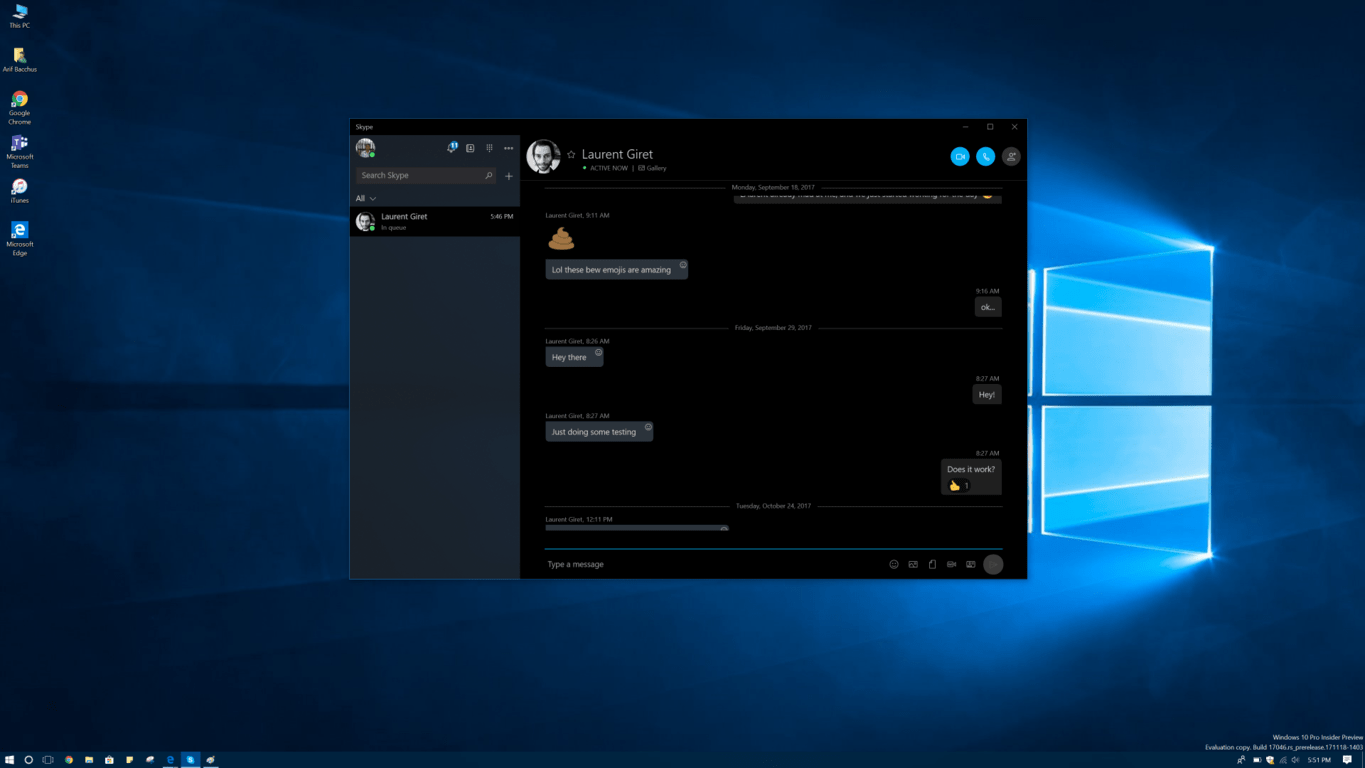 Microsoft has just updated its Skype UWP app for Fast Ring Insiders, delivering subtle touches of Fluent design to the messaging app. Though a bit small of a feature, the update brings it visually up to speed with some of the other stock apps in Windows 10.

Seen in the featured image above, the 12.10.534.0 update introduces Fluent Design’s reveal effects to the sidebar of the Skype app, where conversations are listed. Again, still a minor change, but it’s an indication that Microsoft has not forgotten about the UWP Skype app, and might be adding more Fluent Design UI enhancements soon. However, we’ve not seen any traces of Fluent Design on Windows 10 Mobile so far.

This update also introduces some changes to the profile page. The toggles for ” Do Not Disturb” and  “Do Not share my presence” are replaced with a simple “Status” field, which is more consistent with how status management now works on other platforms. There also is a change in the green status dots, which are now slightly larger. 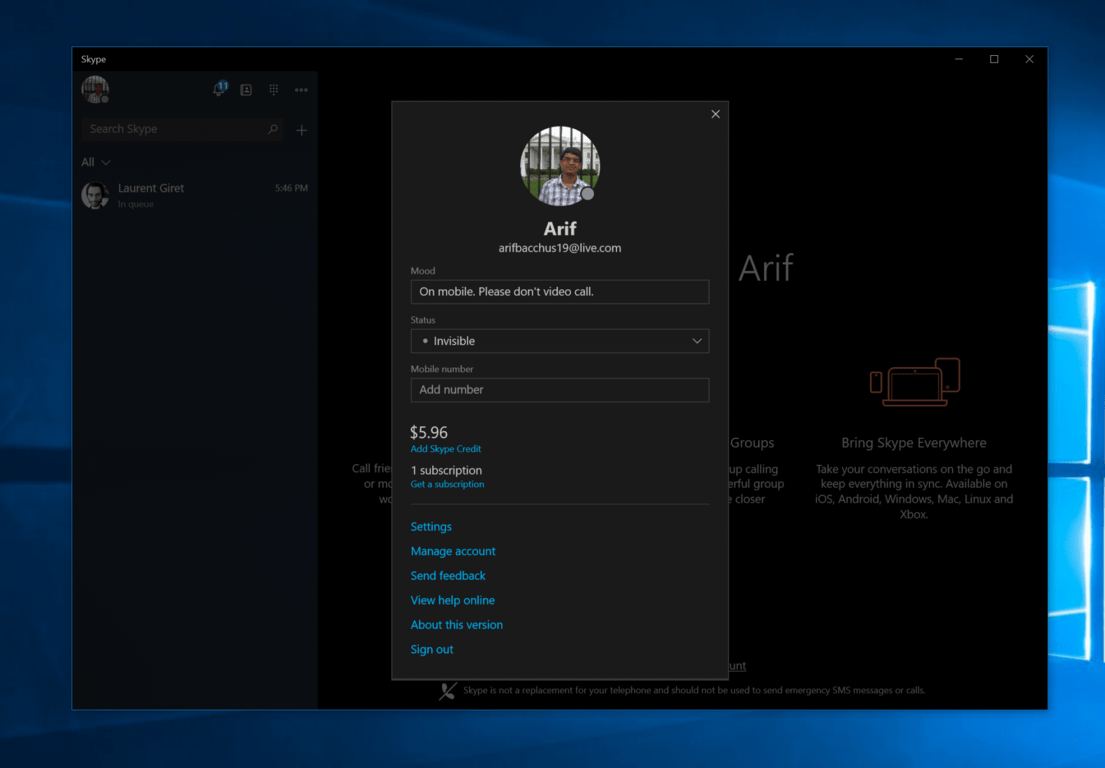 You can expect this update to roll out to a wider audience soon. For now, though, Windows Insiders can bask in all the Fluent Design glory by heading to the Microsoft Store and updating the Skype app.