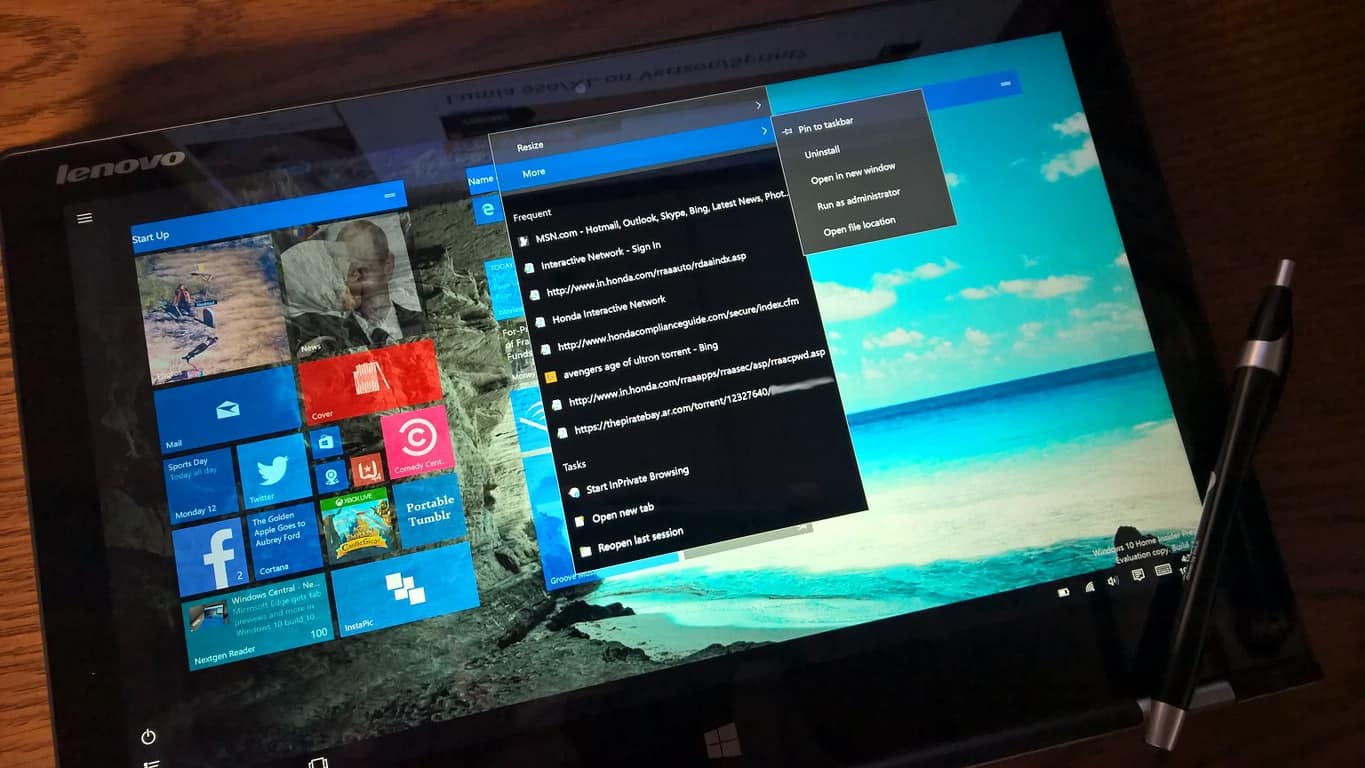 As Microsoft continues to develop Windows 10, the last iteration of its OS, users are experiencing Windows as a service with its continual update cycle. As we reported earlier today, Microsoft is already hard at work on its next major software release for Windows codename: Redstone. Members of the Windows Insider program, however,  are able to get a glimpse into the changes to come in preview builds. These previews are not just for eager users, though. Today, Microsoft has updated its Windows 10 SDK  with quite a few improvements including new emulators for both PCs and Mobile for developers.
From documentation made available from the newly released SDK, we have learned more about changes Microsoft is making to its Live Tiles. The new SDK allows for developers to expand how they use jump lists for their apps. For instance, developers can now have users right click or long press a Live Tile to pull up a jump list. From here, developers will have the option to create additional functionality or quick-actions for their Live Tiles. As Windows 10 is a single OS for PCs and phones, quick-actions could make their way to Windows 10 Mobile Live Tiles in the future.
Additionally, we reported a few months ago that Microsoft received a patent for a feature called 3-D touch (that name sounds very familiar). This feature would allow users to access contextual menus by hovering their finger over a tile. With the SDK released today, we can get a glimpse into new abilities and possible interaction paradigms for the Live Tiles in Windows 10.
What features do you wish to see added to jump lists in Windows 10? Let us know in the comments below.

I went to the Microsoft Store just to play with the Lumia 950XL, but instead I bought one

Experience Inside Out on Xbox One, Windows Phone, and Windows 10