Microsoft has removed Office Lens, the company’s free document scanning tool app for Windows 10, from the Microsoft Store. The app no longer supports certain cloud-based features, and users won’t be able to save their pictures to cloud services including OneDrive, and OneNote (via Aggiornamenti Lumia).

“Certain cloud-based services in Office Lens for Windows, such as saving your pictures to OneDrive, OneNote, Word, PowerPoint, or PDF, will become unavailable after December 31, 2020. You can continue to use other features of the app as installed on your device. In addition, Office Lens for Windows 10 will no longer be available for download from the Microsoft Store as of January 1, 2021,” the company explained.

As a recall, Microsoft launched the Office Lens app for the Windows Phone platform back in 2014. The handy tool allows users to convert their smartphones into a portable scanner for converting physical documents to Word, PowerPoint, or PDF format. The scanned documents can be uploaded to Microsoft's OneDrive cloud storage and OneNote.

The company announced in October that Office Lens for Windows 10 is losing support by the end of 2020, and the change was detailed in a support document. While the Microsoft Store Office Lens version is no longer available, the app should continue to work on Android and iOS devices. For the best experience, you'll need to download the latest version of Office Lens from Google Play or the App Store, though. 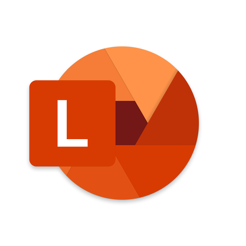 Microsoft's getting closer to its 'One Outlook' vision with Project Monarch