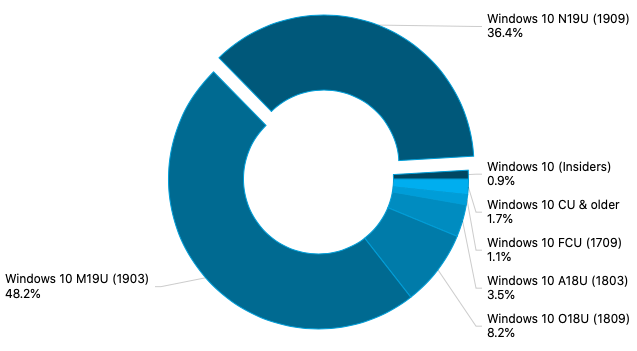 Keep in mind that this data on based on devices running apps using AdDuplex ads, so this may not necessarily be an accurate picture of the Windows 10 and Surface ecosystems. However, that’s pretty much the only interesting data we have since Microsoft doesn’t share specific details about the 1 billion devices now running Windows 10.

PSA: The Microsoft Store now has a trade-in program: Send back your old Surface to save on a new device