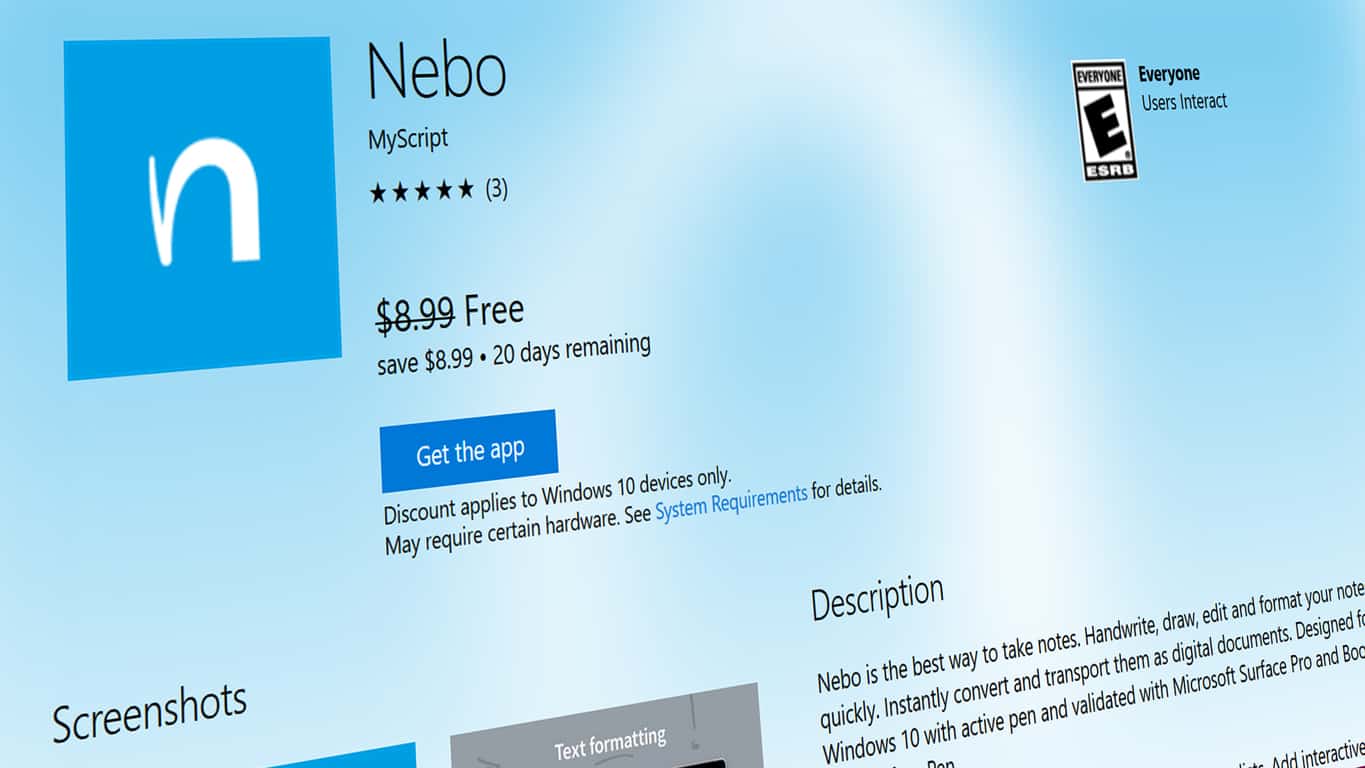 The popular digital note-taking app, Nebo, has just received an important update on Windows 10 devices that fixes a bug that was causing it to crash for some users after the Windows 10 April Update. No other changes were made nor features added with this update but it's important nonetheless and is worth installing if you haven't already.

Nebo is a note app that's designed for Windows 10 devices and digital pens such as the Surface Pen and boasts a variety of features that make it a solid competitor to Microsoft's own OneNote app.

Do you use Nebo and would you recommend it to others? Let us know in the comments below and follow us on Twitter for more Windows 10 news.