Windows 10 news recap: Windows Lite may not be announced until 2020, Facebook is working on a faster Messenger app for Windows, and more

Those making use of Microsoft’s Windows 10 app to link their phone to their PC can now save photos on their PC and display contact pictures, thanks to a new update to the Your Phone app. The update is initially available for Windows Insiders.

We added another handy option to the right-click menu for photos in #YourPhone app. In addition to copy & share you can now save a photo directly into your PC! What else would you like us see add to the app? Submit your suggestions in Feedback Hub! pic.twitter.com/yx68KEZqH1

Windows Lite reportedly may not be publicly announced until 2020

Microsoft’s new lightweight operating system, Windows Lite, that is reportedly aimed at competing with the rise of Google’s Chromebook offering, apparently won’t be publicly announced at Build this year, and may not be announced until 2020.

As Facebook works to improve its platform as a whole following a number of privacy scandals, the company is now working on a new app for Windows and MacOS, the company is expected to launch a new faster, smaller app for Messenger. 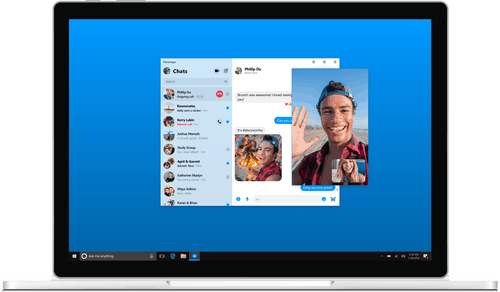 That’s it for this week – we’ll be back next week with more Windows 10 news.