Microsoft explains the reason for unintentional Windows 10 builds, gives advice for those who installed

This week saw a flurry of builds from various branches being released to Insiders, non-Insiders and on incorrect devices. It all boiled down to an issue with the deployment process, with Dona Sarkar sayingsaying it was an “inadvertent deployment to the engineering system that controls which builds/which rings to push out to insiders.”

As incorrect builds were being released, some people managed to dig through them for information on Microsoft’s future plans. One person discovered references to File History being removed in a future version of Windows 10, likely this year.

Adding on to information being discovered from incorrect builds; it would appear that Windows 10 Mobile’s keyboard, or a version very similar to its current state, will be coming to Windows 10 PCs in the future. Information suggests it will incorporate Swiftkey’s technology, a popular third-party Android keyboard that Microsoft acquired last year, as well as support for swiping and pen input.

As we reached June this week, NetMarketShare have released their latest stats for operating system market share. The stats show that Windows 10’s share has grown slightly, while XP’s has finally hit below 7%, now sitting at around 5.66% share. 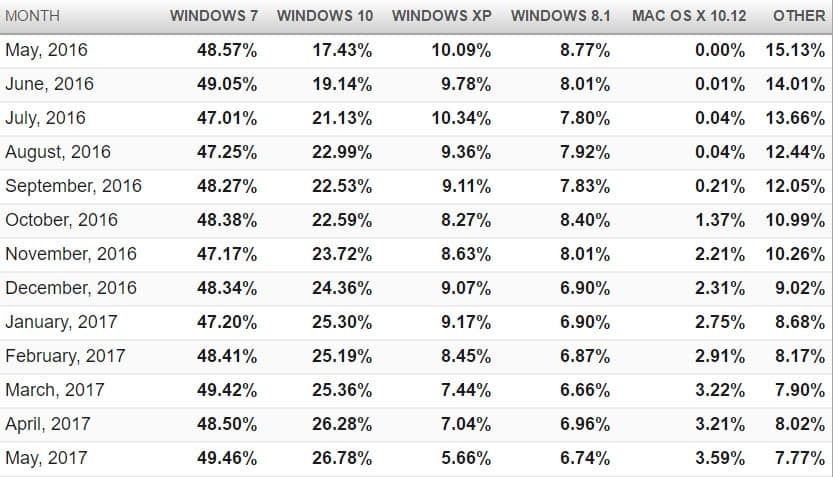 That’s all the top Windows 10 news for this week – we’ll be back next week with more!