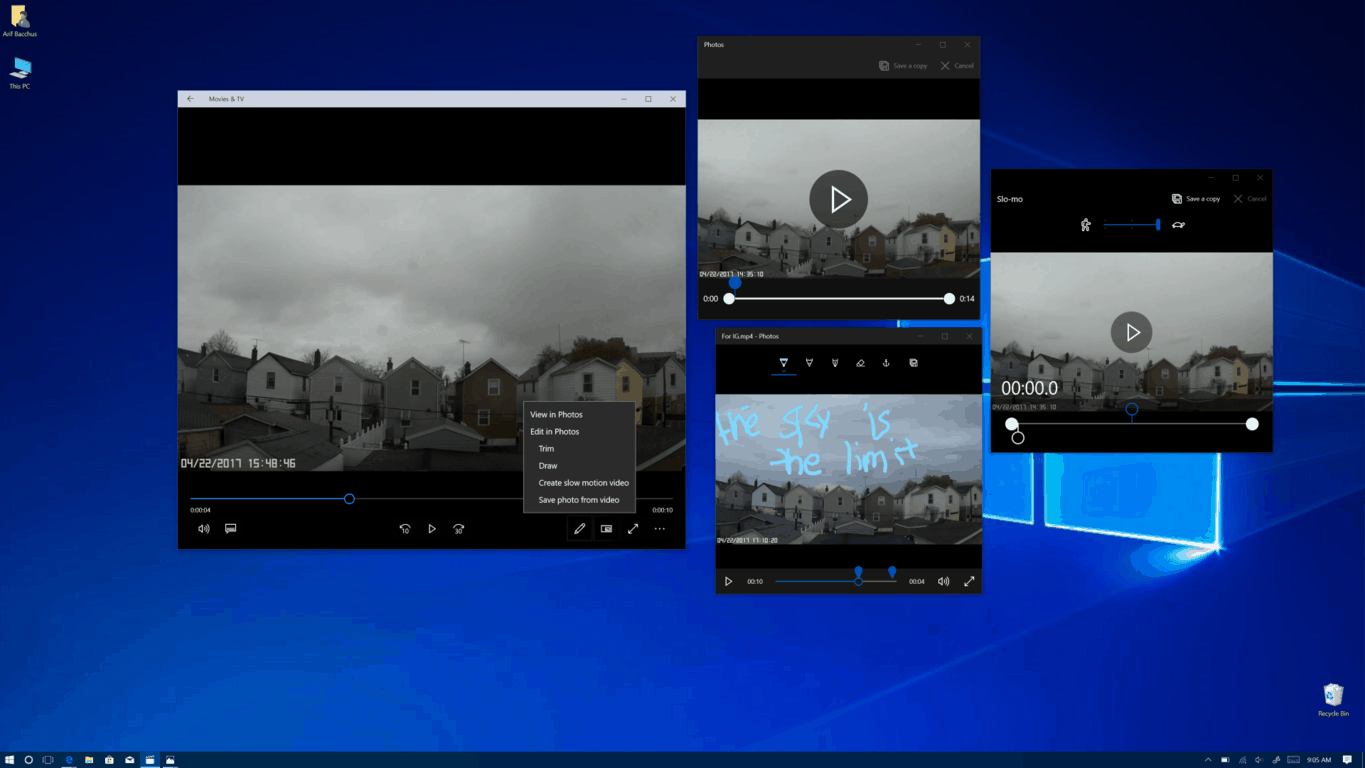 Microsoft recently released an update to the stock Windows 10 Movies & TV app, giving it a slight edge for productivity and video editing uses. Indeed, the app now features the ability to edit videos, although editing still accomplished via the stock Windows 10 Photos application (via Windows Central.)

We’re seeing this feature in version 10.17102.1391.0 of the app, and though available on both Production and Insider builds, we’re not certain when it was released.  Anyway, to edit videos in this version of the application, all you need to do is press the pencil (edit) button at the bottom right side of the screen under the timeline.

Seen in the featured image above, this will then provide a bunch of editing options: Trim the video, draw on the video, create a slow-motion video, or save a photo from the video. Interestingly, the edit functions are not native to the Movies & TV app, and will instead open up a session of Photos, allowing you to edit from there.