On the Make Me Smart podcast this week, Microsoft's Satya Nadella dropped some more heavy hints about the future of Windows Phone - using some language that we can pretty easily attribute to the fabled Surface Phone. Nadella said "We’re looking for what’s the next change in form and function," specifically pointing to the Surface line of products and the success that their 2-in-1s have had in the past. While no official announcements were made just yet, this should help give some hope to those Windows Phone fans that have been waiting for some hope to come to the phones.

WhartonBrooks recently made an effort to come back with a new Windows Phone, but did so with a crowdfunding effort meant to justify their investment in Windows 10 Mobile. While it was a valiant effort, it doesn't look like they're going to be making that goal. Only 2 weeks remain in their goal, and they've raised a whopping 2% of it. That's just $23k out of their $1.1 million goal. It's not impossible for them to hit that goal in these next few weeks, but.. It's definitely not likely. We'll see how they decide to proceed with the phone when the campaign ends.

Looking to use an encrypted cloud storage service? MEGA is one of the biggest out there, and it's getting itself a UWP app. The app has most of the features that MEGA users are used to, including a cloud drive, transfer manager, automatic photo upload, and more. The app will still be in development for a little while before it's considered a full-featured app, but it's available in beta right now for people who want to give it a shot. 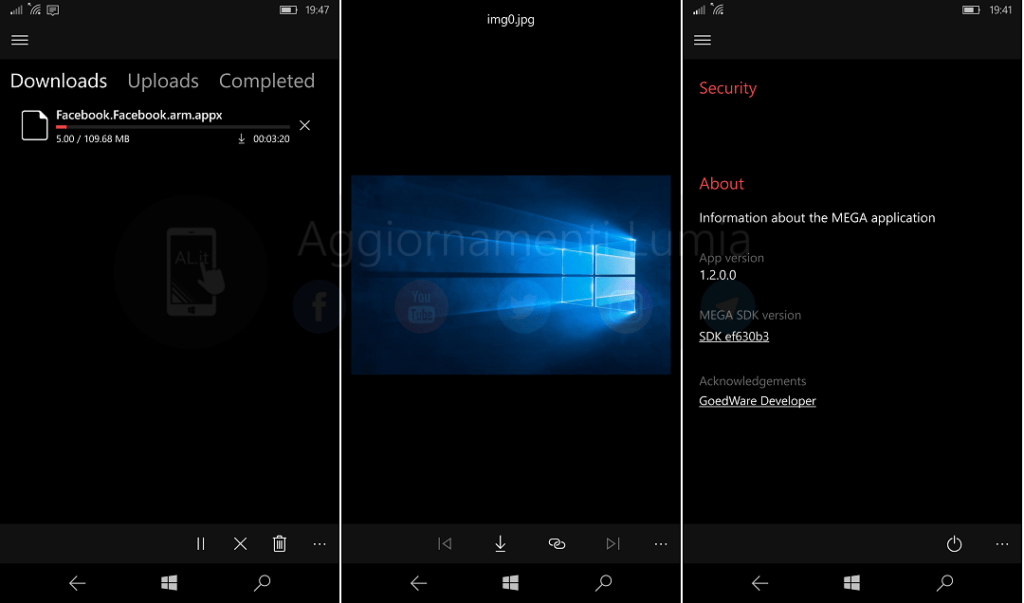 Asked on its Facebook page whether or not it will continue to build Windows Phones, phone developer Coship gave a surprisingly direct response. In plain English, Coship stated that they "are planning to launch a smartphone with dual OS, Windows 10 plus Android." This is a pretty big deal, as it presents an opportunity to solve the problem with Windows 10 Mobile - the fact that it sacrifices all of the apps that Android users are used to having. We'll see how this dual-boot phone actually works in practice, but for now we should keep our eye on it and see how it progresses.

Why we still love Windows 10 Mobile

It's not a great time to be a Windows 10 Mobile fan. With market shares down in the dumps, no immediate promise of a fancy new device, and tons of app developers backing out of the platform. If you were looking for a mood boost to feel better about your investment in your Windows Phone, we put together a list of reasons why we still love ours. Whether it's the dark/light themes, the great performance, or whatever else you love about your Windows Phone, we'd love to hear from you in the comments over there as to why you still use your Windows mobile device.

Panos Panay: there's no such thing as a Surface Pro 5

Xbox news recap: Custom Gamerpics roll out to everyone, Shadow of the Tomb Raider quiet at E3 and more