New video shows off concept for the Surface Phone

It's not the first of its kind, and it probably won't be the last - but it's still great eye candy. The latest video from artist Amir Estefad shows off the potential future of Windows Mobile with his own take of the fabled Surface Phone. The short video not only gives us a look at the phone, but also a re-imagined operating system that modernizes Windows 10 Mobile, making it look a little more in line with Android.

Bug keeps Insider builds at bay for another week

The bug that kept Insider builds away from us last week returned for another round this week, stopping the Insider team from releasing anything to us. It was confirmed late in the week that the bug wouldn't be resolved until at least Tuesday the 22nd, but they're not giving us any promises. Keep an eye out for any more updates, and cross your fingers that this bug is squashed soon.

#WindowsInsiders no builds PC or Mobile today, this weekend or Monday. We'll check back in on Tuesday 8/22.

Snapchat popularized the idea of the "Self-destructing photo" when it became huge a few years ago, and other services are still trying to catch up. Telegram messenger - a service that's become relatively popular among Windows 10 Mobile users - is testing photos that behave in the same way as these discrete Snapchat images. In order to have access to the new feature, you'll have to apply for the Telegram Messenger Preview app. 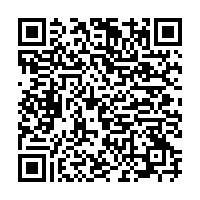 The Xbox app on Windows 10 and Windows 10 Mobile has had a big update, with most of the new features pertaining to an improved social experience. You can now watch game broadcasts being put out by your Clubs, change your party's chat volume, co-stream on desktop, use a new Light theme, and more. The big change here, though, is the removal of the animated avatars that we've grown so accustomed to. Many think this is in preparation for the new avatars, supposedly launching at some point this year.