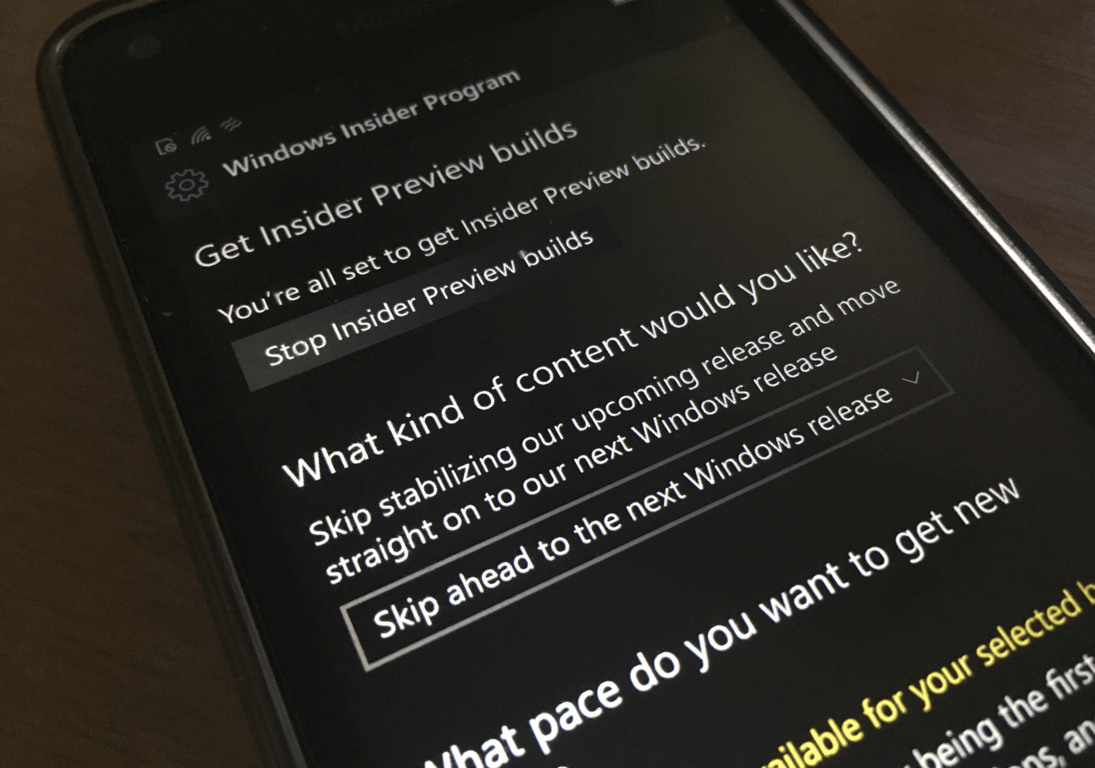 If you already installed the latest Windows 10 Mobile Insider build on your handset, you may have noticed something interesting in the Settings app. If you go check the Settings for the Windows Insider Program, you'll see that the page has been updated to reflect the recent changes on the PC side, with a new option to "Skip Ahead" to the next Windows release.

This is how it looks on a Lumia 550 running the Windows 10 Mobile preview build 15237: you can see two options, "Active development of Windows" or "Skip ahead."

The changes were first discovered yesterday by Windows Central reporter Zac Bowden (interestingly, the screenshot he posted shows three options not two like on the Lumia 550 above). However, Microsoft's Brandon LeBlanc made it clear that these new settings were "a bug" and won't actually do anything.

Yeah its a bug. It won't do anything.

So yes, Windows 10 Mobile remains stuck on the "feature2" development branch for now at least, and the current situation can still be a bit confusing for Insiders. As of today, Fast Ring Insiders with mobile devices only get regular bug fixes and improvements but no updates for Windows 10 stock apps, which are restricted to PC Insiders who chose to "Skip Ahead" (plus mobile and PC Insiders on the Release Preview Ring). A new option to get both new builds and the latest app updates on the Fast Ring would have been nice, but hey, we can't always get what we want.