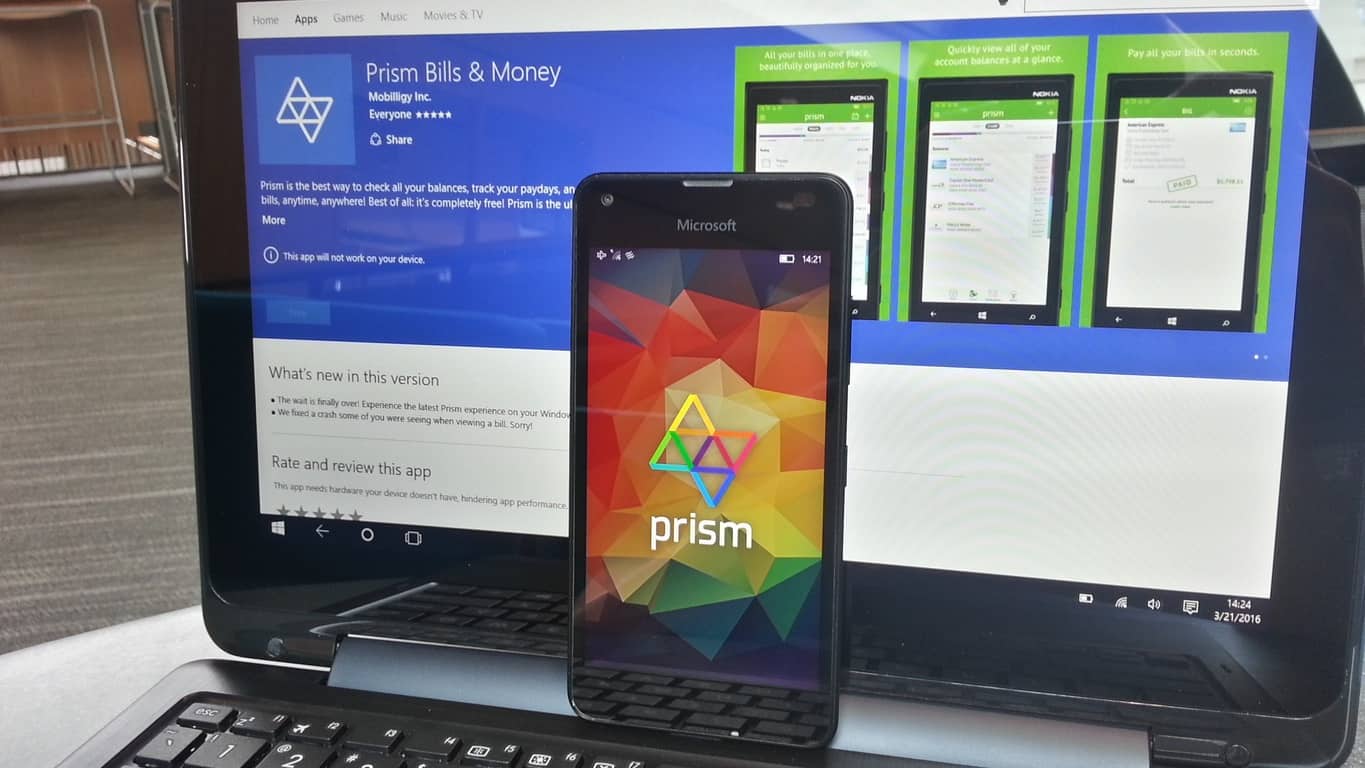 Prism maintained its Windows app from Windows 8.1 while it continued to work on Windows 10, but until recently, users on the go with a Lumia in their pocket have been left with an older-feeling app for a while. Prism fixed that today, with an update that revamped their app for mobile and gave it a fresh new look more in line with their new design plan for their apps across all three major platforms.

Prism’s Bills & Money app, which is a separate app from their Bill Pay app  features a new design and a new UI that is slick, clean, and looks great. The new apps also allows users to choose which color palette the app uses (the default is Prism’s ‘Mobility Green’ palette). Bills & Money hasn’t lost any of its functionality either, as some apps tend to do when going through design refreshes.

Bills & Money, just like its previous version and desktop versions of the app, features the ability to sign in with your various billers’ account information and manage notifications about due and pay dates, as well as letting you enter custom income and payment sources. Every major U.S. bank is built into the app, as well as the major U.S. carriers, water & electricity companies, student and home loan banks, and even care insurance agencies. As always, Prism has no costs associated with it, except the money it helps you keep track of.

The design is the obvious focus of the update, because Prism discusses it specifically in a post on the company’s blog:

“We didn’t port our iOS app using Islandwood. Instead, we built a UI framework that both our iOS and Android apps use. With a little elbow grease, we were able to make it work on the Universal Windows Platform as well.”

The company also writes that the update is only available for Windows 10 Mobile and offers a link on how to upgrade to Microsoft’s latest mobile OS efforts to be able to take advantage of the new app and experience.  So if you're a Prism user, be sure to check for the update and let them and us know how it is.