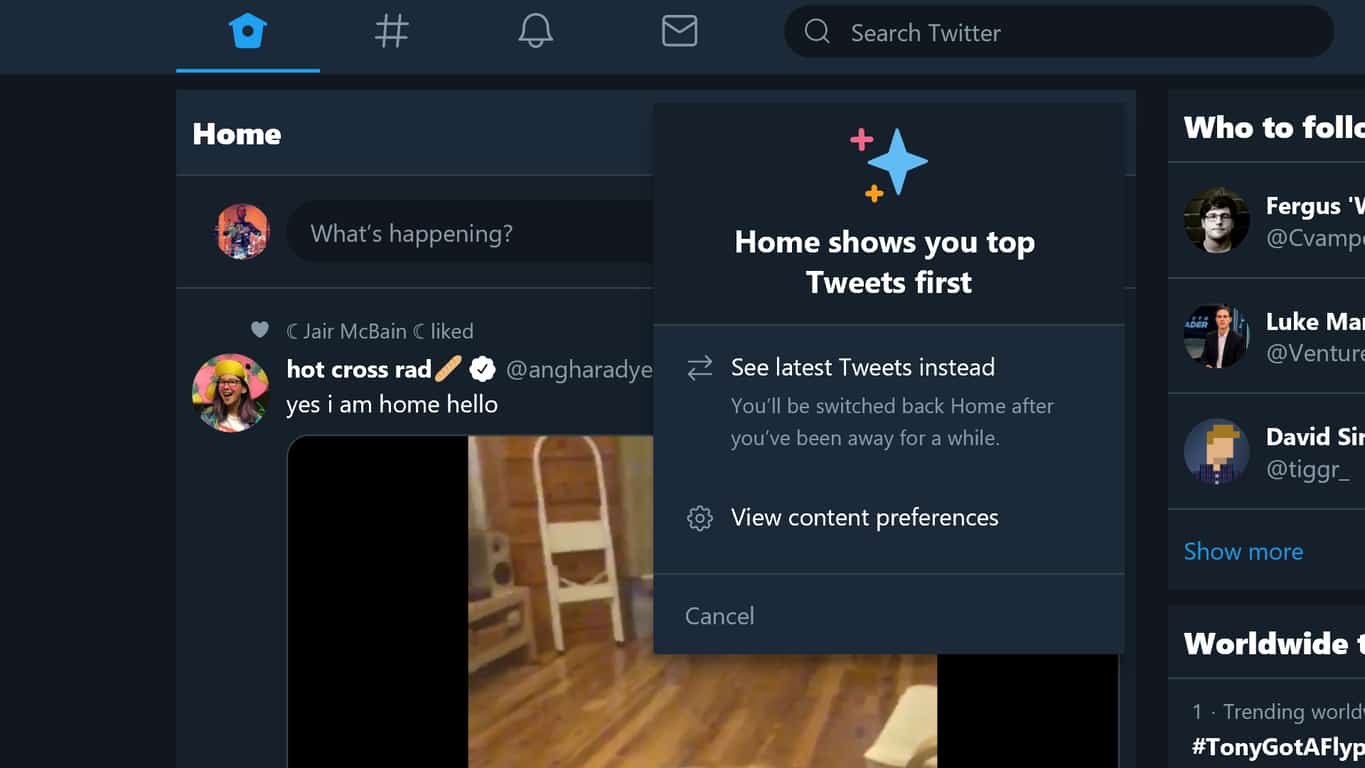 The official Twitter app for Windows 10 devices updated this morning with the option to display tweets in a timeline chronologically. The option appears as three stars (see above image) just above the main timeline on PC and, once clicked or tapped, displays the option for showing tweets in order rather than ranked by Twitter's algorithm.

This new feature is also functional on Windows phones running Windows 10 Mobile as well. On Windows phones, the three stars appear in the top-right corner of the Twitter app.

This change doesn't appear to be part of a larger update and was likely just a new feature that was added in the background. The Windows 10 Twitter app is a Progressive Web App which allows it to be updated by the developers with new features without an update having to be pushed out to users through the Microsoft Store app store. Basically, this update should be live without having to actually install an update.

Do you use the official Twitter app? Let us know why or why not in the comments below and then follow us on Twitter for more Windows app news.