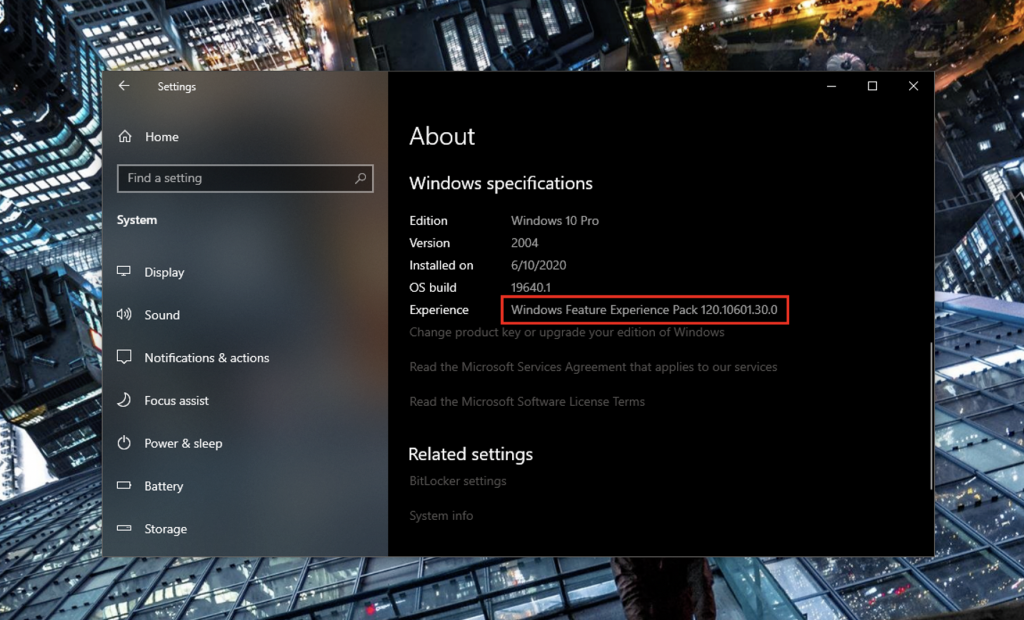 The Windows 10 May 2020 Update, which started rolling out in the last week of May, brings some interesting under the hood changes for Windows users. Indeed, this update is a new milestone in Microsoft’s effort to decouple some features from the OS so they can be updated more frequently.

We’ve seen this with Cortana, which is now a UWP app that will now be updated via the Microsoft Store. The legacy Microsoft Edge has also been deprecated with the May 2020 Update, and once installed, the new Chromium-based Edge will be on a six-week release cycle. Add Windows Notepad, which is now a Microsoft Store app, and you start to get the point.

A Microsoft spokesperson recently told ZDNet’s Mary Jo Foley that “Microsoft has nothing to share” about this pack, but the journalist explained that the Windows Feature Experience Pack is currently included as one of the Features on Demand for Windows 10 version 2004 and newer. According to the support page, the pack "includes features critical to Windows functionality” and should not be removed.

"Right now, there are a few things in the Windows Experience Feature Pack: The updated Snipping tool; an updated text input panel; and an updated shell-suggestion user interface. I'd expect, over time, that there will be more and more Windows 10 shell components added to the Experience Pack,” Foley wrote.

It's unfortunate that Microsoft won't share more details about this Windows Experience Feature Pack for now, but its existence, complete with visible version numbers in the Settings app, suggests that it could play an important role in the process of making Windows 10 a bit more modular. The new Snipping Tool is a good example of a core feature that can be updated separately from the OS, and maybe other Windows 10 features will benefit from this more flexible approach over time.

Hands on with Microsoft Delve, an awesome way to see the Microsoft 365 content that's most relevant to you