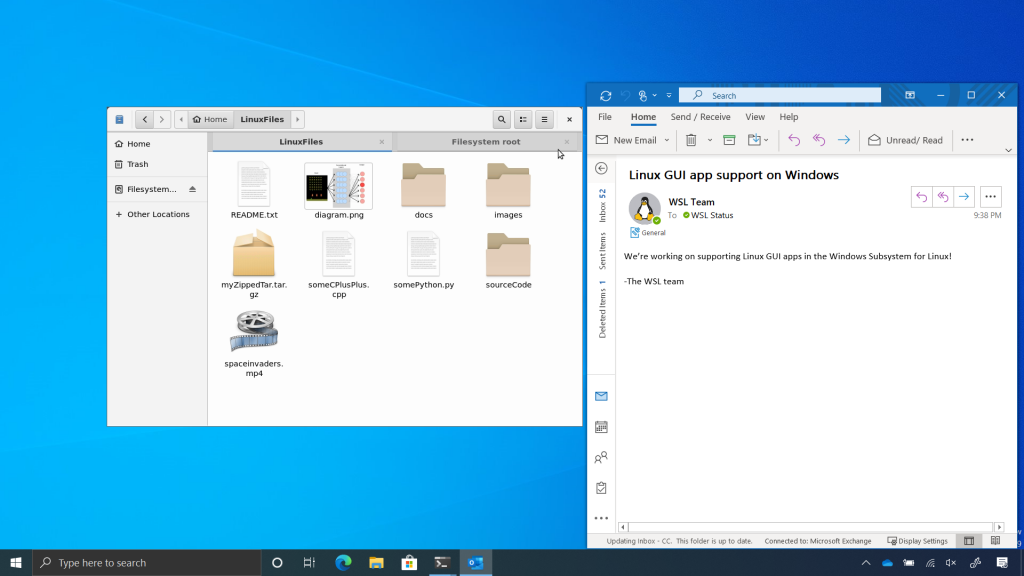 Microsoft has just announced the release of the Windows 10 preview build 20150 for Windows Insiders in the Fast Ring, which will soon become the “Dev channel.” Despite the big bump in the build number, there are no major changes in this build, though the Windows Subsystem for Linux is getting some love.

You can find the full list of new features, bug fixes, and known issues below:

This build contains three new exciting WSL features. The first is GPU compute: a feature that allows your Linux binaries to leverage your GPU, which makes it possible to do more machine learning development and data science workflows directly in WSL. Secondly, we’ve added a new command: `wsl –install` which allows you to install WSL with just one command. Lastly, we’ve added `wsl –update` which gives you the ability to easily manage the Linux kernel version used by WSL 2 distros. To view a summary of these announcements please read this post on the Windows Command line blog, and for in-depth details on GPU compute in WSL please read this post on the Windows Developer blog.

Updating the map data in the Maps app

Earlier this month, the Bing Maps Team announced they’ve started gradually rolling out the new TomTom base map data to Bing Maps and Microsoft first party products. As part of this process, we’re slowly updating the Maps app for Windows Insiders in the Dev Channel (Fast ring) to use the new map data from TomTom. We’re asking Insiders to submit feedback on any issues they see as a result of this change directly from the Maps app by selecting Suggest a change at the lower right corner of the app.

In case you missed it, Microsoft announced some big changes for the Windows Insider program earlier this week. The Fast Ring will become the new Dev channel later this month, but it will keep receiving builds with experimental features that are not tied to a specific Windows release. The Slow ring is also becoming the Beta channel and should receive new builds more frequently, and Microsoft actually released the first 20H2 build for those Insiders yesterday.

Update 1PM PT: ISOs for the build 20150 are also available to download from the Windows Insider Preview Downloads page.