The Windows 10 app, Get Started, updated today and has added a fair bit of new content. Users should now be able to find more information on newer Windows 10 devices and the content for mobile devices, desktop PCs, and the Surface Hub has been expanded. Several bugs have also been squashed and a new feature which allows users to search the app by topics has been added.

Get Started is an official Microsoft app that comes pre-installed on all Windows 10 and Windows 10 Mobile devices. The app contains a variety of introduction and training videos on the new operating system’s features and updates often with news on any major changes that have been made. A significant amount of information was added relating to the recent Anniversary Update for example.

Unfortunately, the Get Started app is only really discoverable through random searching of the app list from the Windows 10 Start Menu on Windows 10 devices or the app list to the right of the Start Screen on Windows 10 Mobile phones so it’s unclear how many users use it, let alone know of its existence. Even searching for help in Windows 10 via the built-in search function or Cortana rarely brings up content from the app, instead preferring to direct users to a Bing search result instead.

Here’s the official app description: Master Windows basics and learn some new tricks with the official Get Started app! If you’re new to Windows, this app will get you up and running like a pro in no time. And even if you’ve been using Windows forever, the app will guide you to new and updated features. We’ll update the app as Windows 10 changes, so check back to see what’s new.

Do you use the Get Started app on your Windows 10 or Windows 10 Mobile device? Do you find it useful? Let us know in the comments below. 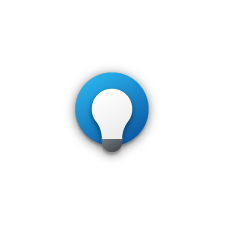