As Windows 10 continues to pop up on more devices, adding to its count of over 100 million, it seems some developers are responding in kind. Over the past few months, we’ve been reporting on several top tier app surfacing in the Windows Store with either redesigns or Windows Universal App support for Windows 10.
Recently, developers over at Fitbit refreshed their app to appear more Windows 10 friendly. The app was updated with newer Live Tile functionality as well as improved responsive design for Windowed app support. Today, however, the app has taken another step forward by enabling the app for Windows 10 Mobile usage.
Tristan Rice, the product manager at Fitbit, has taken to Twitter to confirm that there is an update working its way through the Windows Store. The new update now brings the Windows 10 PC version of the app down to Windows 10 Mobile users.

It is unclear if the app is actually a Windows Universal app that would typically share the same code base, but for all intents and purposes, the app works just like the Windows 10 PC version.
We’ll update with more information about the app as we gain more face time with it. Until then, you can search the Windows Store on your Windows 10 Mobile device to snag the updated app. Perhaps, the FitBit news is just an appetizer ahead of more robust app story Microsoft might tell at its New York City event tomorrow. 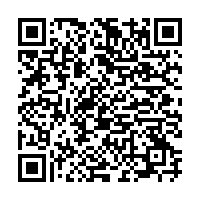