Windows 10 Fitbit app to get new community features today - OnMSFT.com Skip to content
We're hedging our bets! You can now follow OnMSFT.com on Mastadon or Tumblr!

The Windows 10 Fitbit app has just updated on the Xbox One and Windows 10, and Windows 10 Mobile devices and while there appears to be no obvious changes so far, this update was supposed to bring several new features such as a Community Feed, Groups, a new-look Profile, and more to the Universal Windows Platform app.

The lack of any changes could suggest that today's update was a smaller one to prepare the app for the new features or the updated app could have the features but is hiding them until they're activated on Fitbit's side. Either way, Fitbit users should find out soon enough.

Are there any new features that you would like to see added to the Fitbit app in the future? Let us know in the comments below. 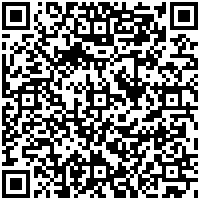 These Xbox One cufflinks are brilliant and functional

Another Neo Geo video game comes to Xbox One