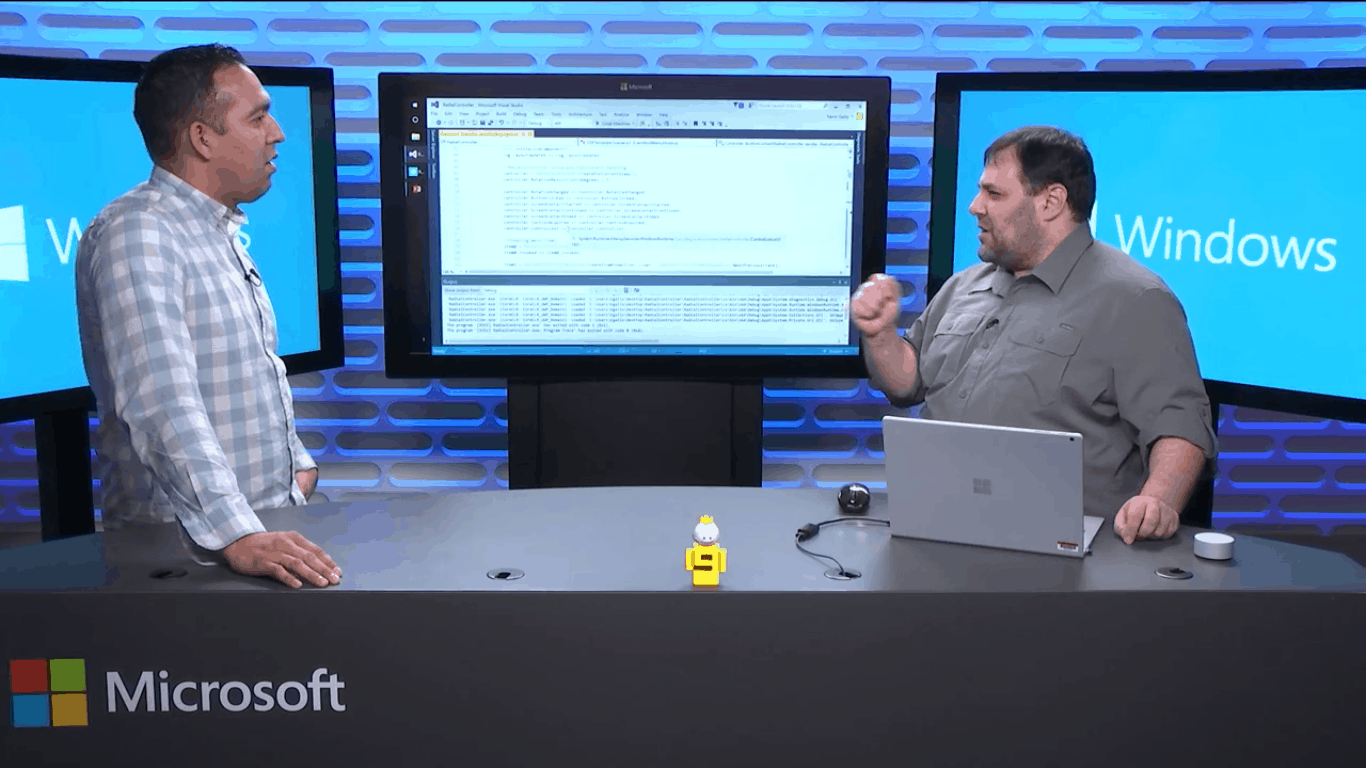 A lot of announcements were made yesterday about the Windows 10 Creators Update coming from Microsoft next Spring. With the addition of MyPeople, Paint 3D, and the new hardware we’ll see next month, it’s no doubt that developers are excited to see what they can do next. According to an interview with Kevin Gallo on Channel 9, it looks like developing apps is about to get a lot more advanced because as he said, developers are creators too.

With the release of the new virtual reality headset, 3D will be more accessible to a larger audience due to its more affordable price at $299. Thanks to the previews shown as the Windows 10 Event in New York City yesterday, we got to see the ease of creating your own models and 3D images and how to port those through to the digital world. This will open up the ability for developers to create for the head-mounted display and reach even more people with their creations.

The MyPeople experience will open up developers to have their social applications hosted through Microsoft UI. By support what Microsoft called a ‘contract’, the developer’s apps can be shown as a suggestion under their contacts. When the user goes to install the app, it is streamlined without even opening up the Windows Store in the MyPeople experience. From there, the app’s UI is shown within the docked view to allow users to use their individual preferences within a contained space. Easily enough, they’ll be able to expand to the larger app’s interface with just the click of a button.

This is the first time that Microsoft has spoken about using what they call Component UI to host a smaller app in a larger application. This is a revamp of the ‘lay embedding’ that used to cause a lot of issues. 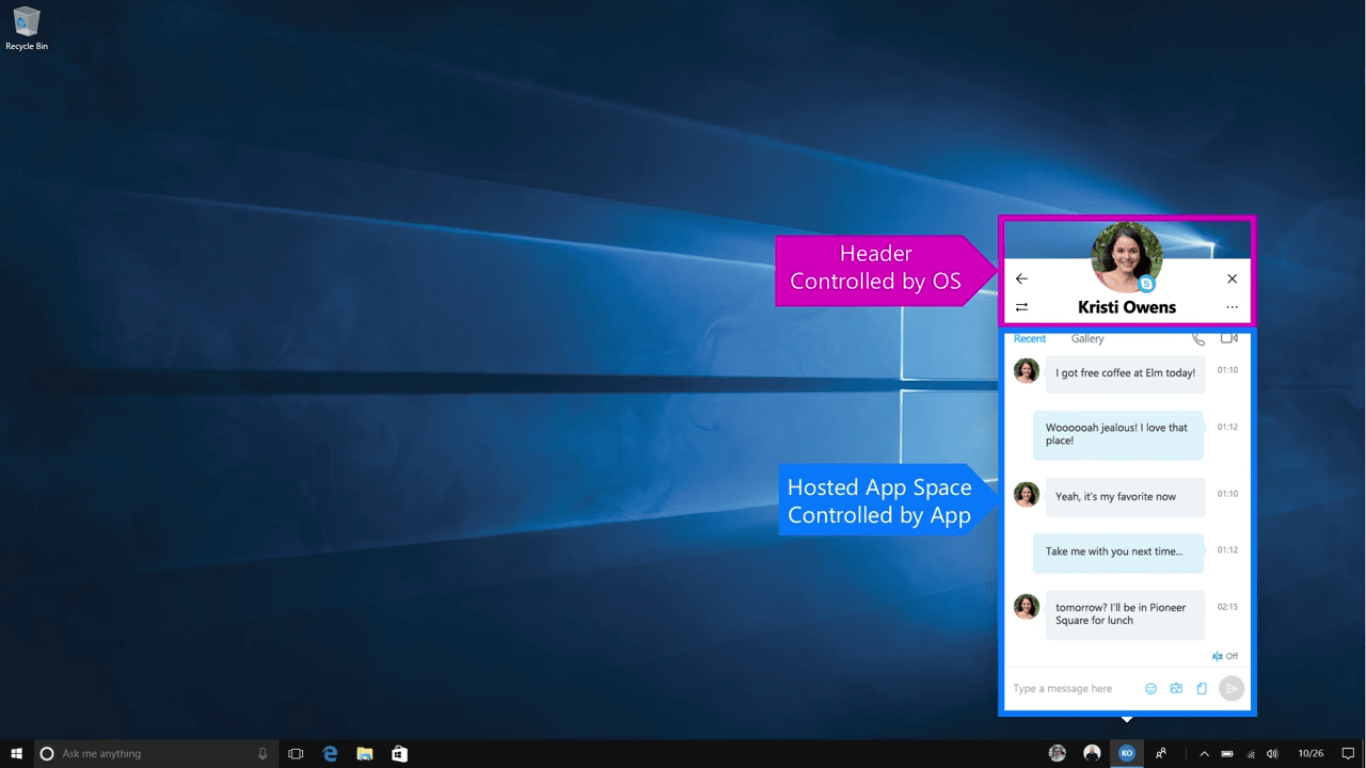 Of course, the new Surface Dial is also a developer interest. With built-in integration, the Surface Dial can work as a controller for configurations to personalize an app. One possibility is using the Surface Dial for a racing game and steering it back and forth. On the opposite spectrum, you’ll be able to combine the pen and Surface Dial to easily adjust a color wheel while continuing to draw seamlessly in Windows Ink.

App developers will be able to determine what the Surface Dial does upon rotation and pressing. There are four built-in configurations but devs will also be able to input custom income and coding for what they need the dial to do. Since the device is Bluetooth, it not only works with every Surface device, but can also be used for others that are compatible. What makes the Surface Dial specifically unique for Surface devices is the ability to code an app specific interaction for when the accessory is placed and held against the screen that won’t interrupt other input in the app itself. 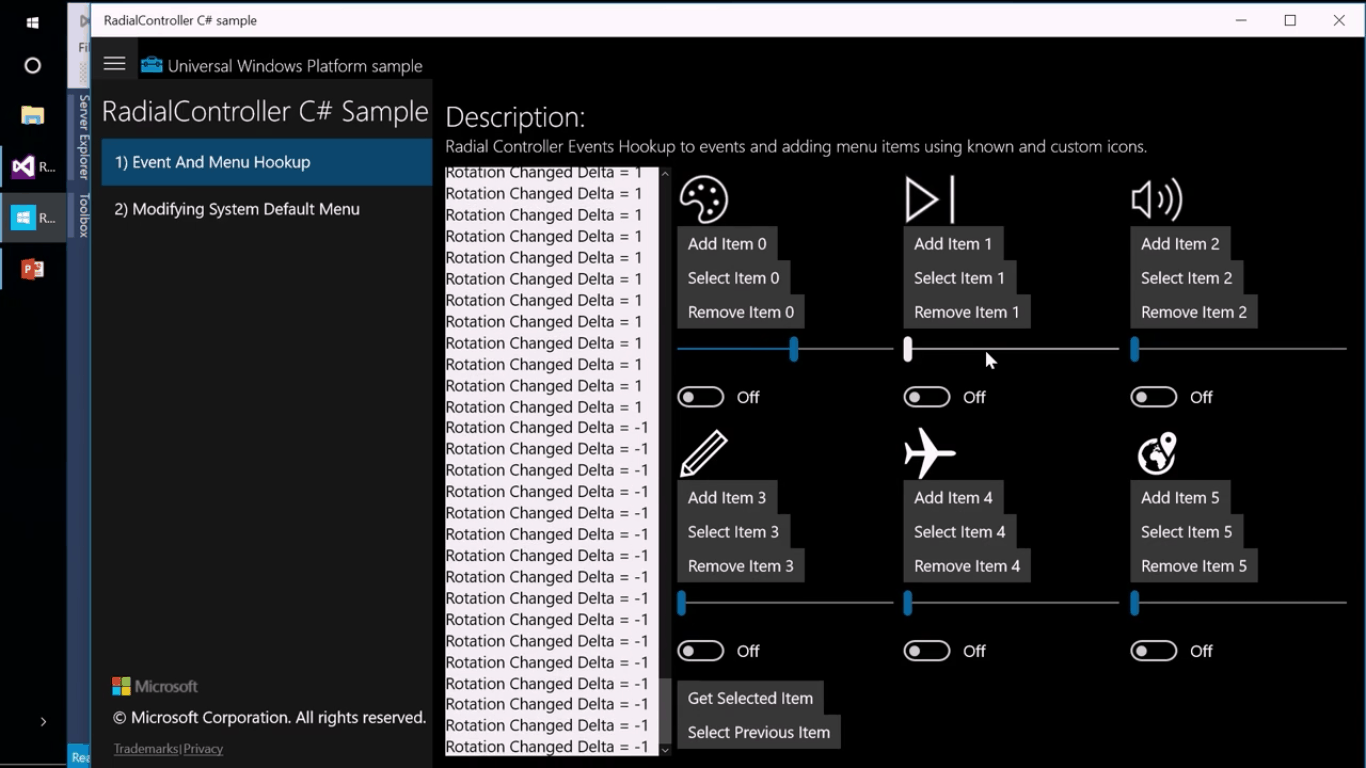 The interview is an exciting reveal into the potential for developers to create better applications for users. Check it out on Channel 9 and make sure you watch the VOD of the Creators Update event yesterday.