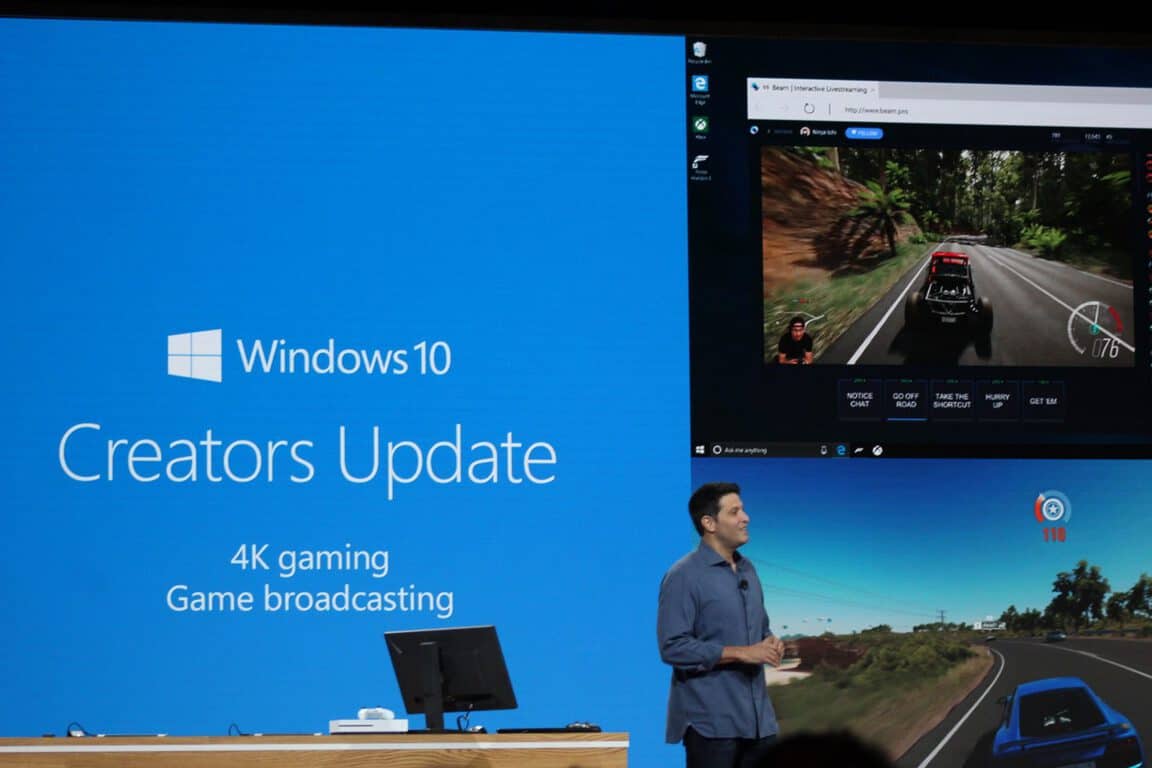 The Creators Update finally started to roll out to all Windows 10 PCs and a subset of Windows phones last month, and AdDuplex’s latest Windows Device Statistics Report gives us some interesting data about the progress of the update. As usual, the company’s data is based on 5,000 Windows Store apps running the AdDuplex SDK, so the sample doesn’t necessarily tell the full story.

Still, the company drew some interesting comparisons with its previous data monitoring the progression of the Windows 10 Anniversary Update, and it looks like the latest major Windows 10 release is rolling out at a similar pace. On the PC side, AdDuplex noted that 18% of Windows 10 PCs from its sample are already running the Creators Update, and this percentage reaches 56% for Windows 10 Mobile handsets. The faster propagation on phones could be attributed to “the likely enthusiast nature of most people still using Windows 10 Mobile or much more limited variety of hardware,” explained the company.

Looking closer at the PC rollout from the geographic perspective, AdDuplex’s data shows that the Creators Update is currently propagating faster in Germany (27% of Windows 10 PCs from its sample) and Brazil (approximately 23%). In the US though, only 15.2% of Windows 10 PCs in the sample are currently running the Creators Update, which places the country at the end of the top ten. 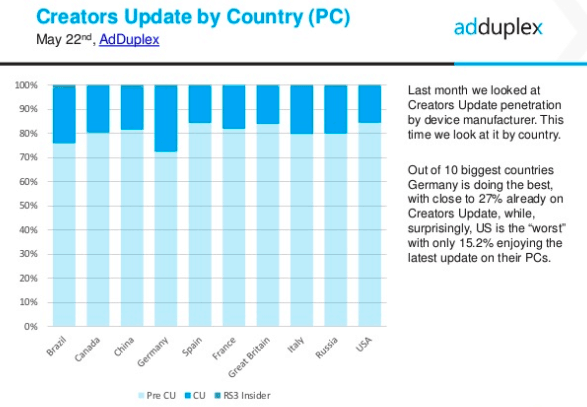 Next, AdDuplex shared new data about Windows 10 PC manufacturer positions worldwide and in select markets. Globally, the top 3 manufacturers remain HP (25.1%), Dell (16.3%) and Lenovo (11.8%), and this top list is identical in the US even though HP and Dell have a much bigger market share in the country. “HP and Dell combined made more than 60% of the PCs in use,” noted AdDuplex.

The situation is quite different in the five biggest EU markets: HP is still #1 with a 21.5% market share, but Asian manufacturers Acer (13.9%) and Asus (12.9%) close the top 3, followed by Lenovo, Toshiba and Dell. 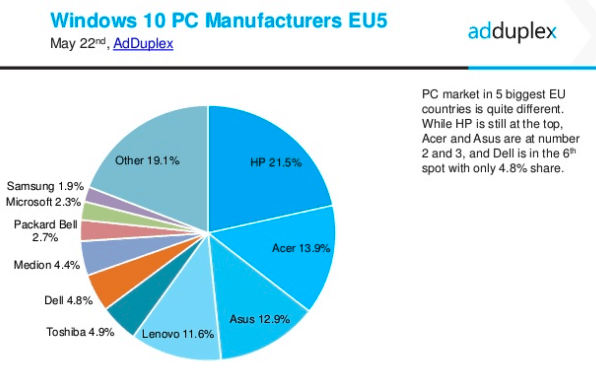 According to AdDuplex’s latest data, Microsoft is still a minor player with a 2.6% market share worldwide. On June 15, the company will release its new Surface Laptop and Surface Pro in select markets, and we’ll see if fresh new hardware can move the needle.