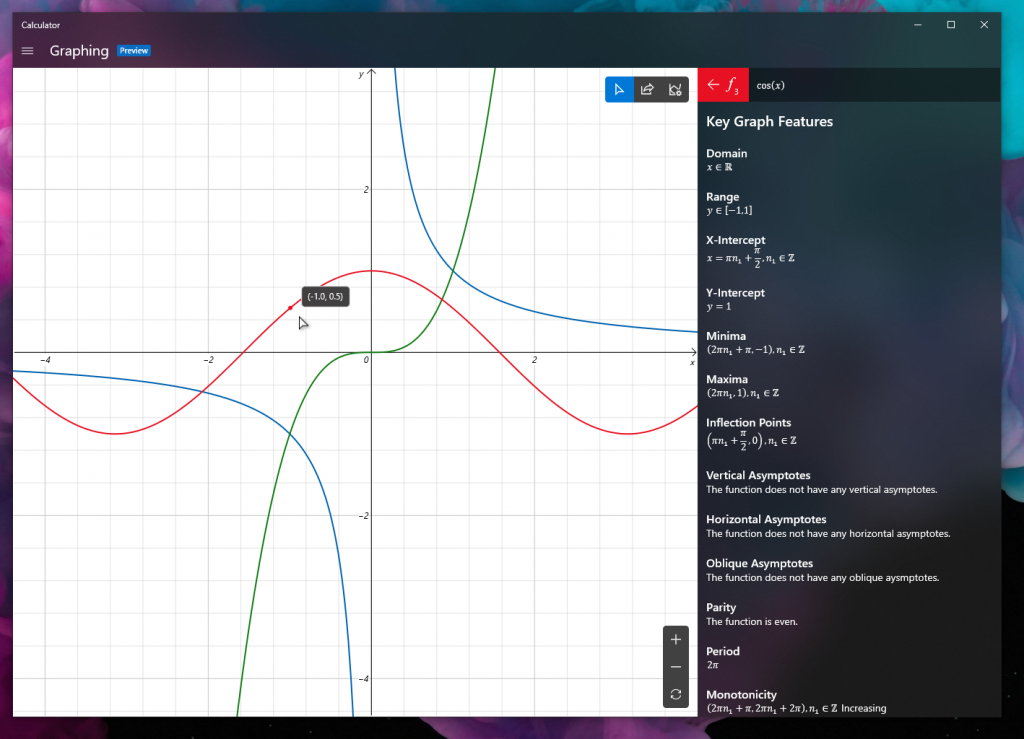 Starting first with the graphing calculator, Microsoft says this has been one of the top feature requests in Feedback Hub. There are a few things you can try out when testing it, which we describe below. These include plotting equations, using equations with variables, and analyzing graphs. Microsoft is also making the project available on GitHub, and is accepting contributions from developers. The app will also be available for anyone running Windows 10 version 1809 or higher.

Secondly, there is the new Indexer Diagnostics app. This app isn't linked to this build but is rather available in the Microsoft Store as a download. Microsoft says this app was created to help enhance your understanding of the capabilities of search. It is available for anyone running Windows 10 version 1809 or higher. You can find the link below.

There aren't any other major new features in this build. Microsoft has fixed the issue where Windows Timeline not showing any activities. The build also resolves problems with Outlook search, Task View, and Spatial Sound. Known issues range from cloud recovery option not working and external USB 3.0 drives not responding with Start Code 10.