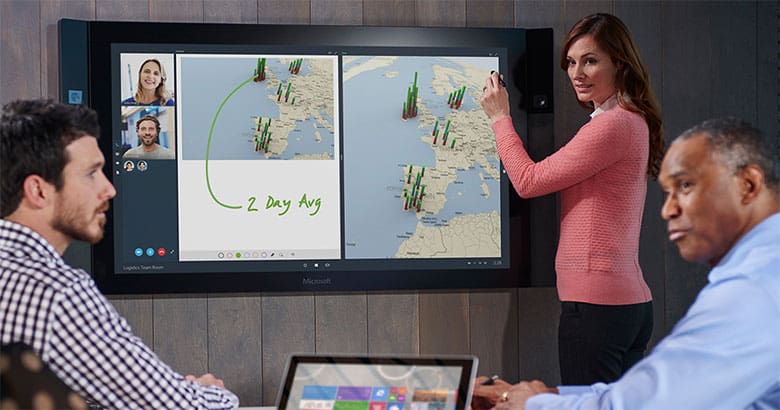 The Surface Hub, Microsoft's giant interactive whiteboard designed for team collaboration currently runs an optimized version of Windows 10 adapted for touch screen interactions. Since this Windows SKU is currently only available on the Surface Hub, we didn't know much about the OS until now, but that could change soon as Windows 10 build 14371 for the Surface Hub has leaked today and it appears that the origin could be Microsoft's own Windows Update servers. The leaked build appeared on the MDL forum (first spotted by Windows Central).

Here are some high res shot of ppipro, everything looks so much better in high res pic.twitter.com/DWz2WpR3pK

As you can probably guess from the build number, this is a pre-release Redstone build, though according to the report this is a nearly full-featured build which should probably include all the features currently available on the Surface Hub including the optimized Windows 10 UI elements. However, the leaked build is in ESD format and would need to be turned into an ISO to be installed on a Surface Hub.