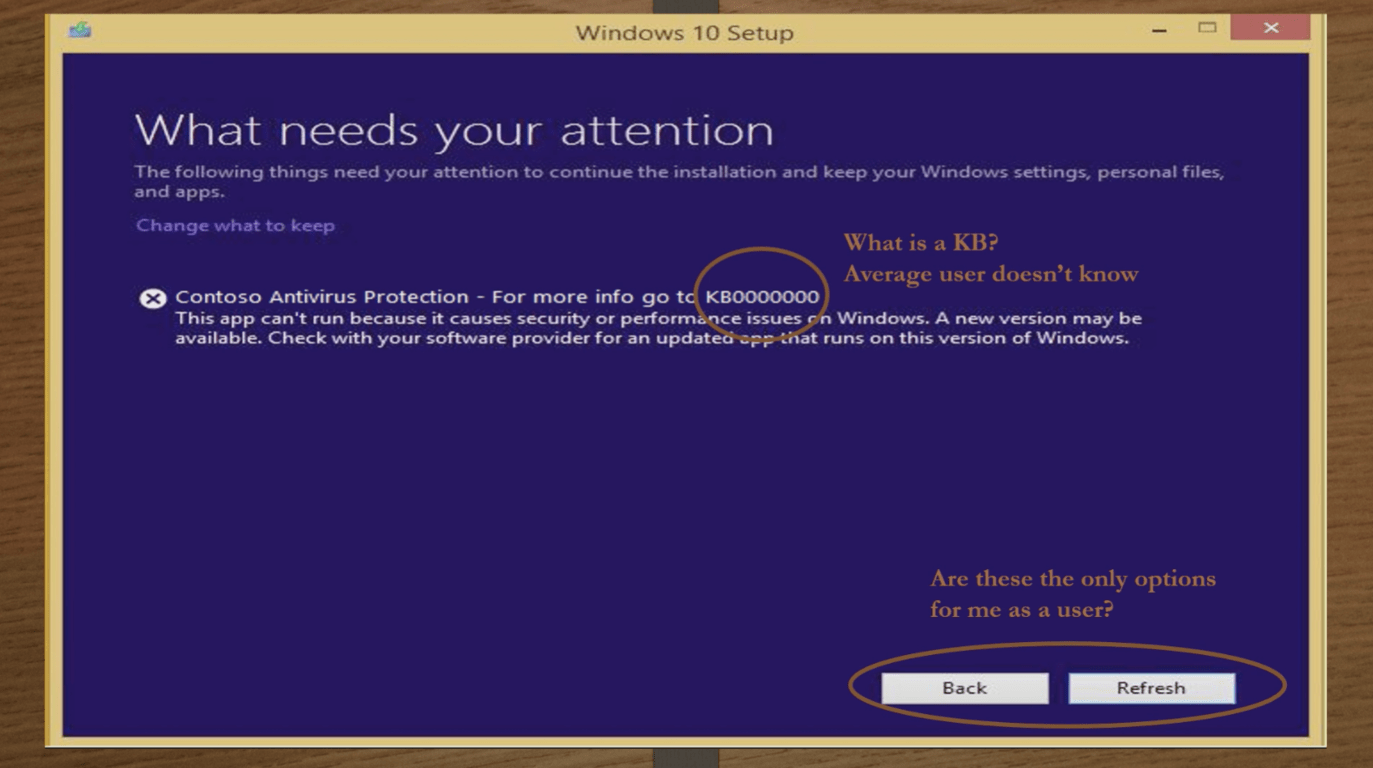 The upcoming 19H1 update for Windows 10 is about to make error messages much more helpful and actionable, if we believe what the Windows Insider team said during their latest Mixer webcast. As spotted by German blog Winfuture (via Ars Technica), the team took some time to explain that their work to get rid of the "KBxxxxxxxx" messages that average users probably can’t figure out by themselves

These weird error messages are likely to show up in many different circumstances, and they’re unfortunately not exclusive to Windows 10. Fortunately, the engineers of Microsoft have finally realized that they can do better than inviting users to check out knowledge base articles that may not provide an easy solution to an immediate problem.

What the Windows Insider team specifically highlighted yesterday are the cases where Windows 10 users are asked to uninstall some incompatible apps during the installation of a major Windows 10 update. With the October 2018 update, the pop-up windows don’t provide any other choice than uninstalling the apps, without providing more information to users.

Starting with the 19H1 update, these pop-up windows should be much more useful and flexible. As seen below, there will be new “Learn more” hyperlinks below each problematic item, and in some cases, Microsoft will invite users to manually update the incompatible apps instead of uninstalling them. 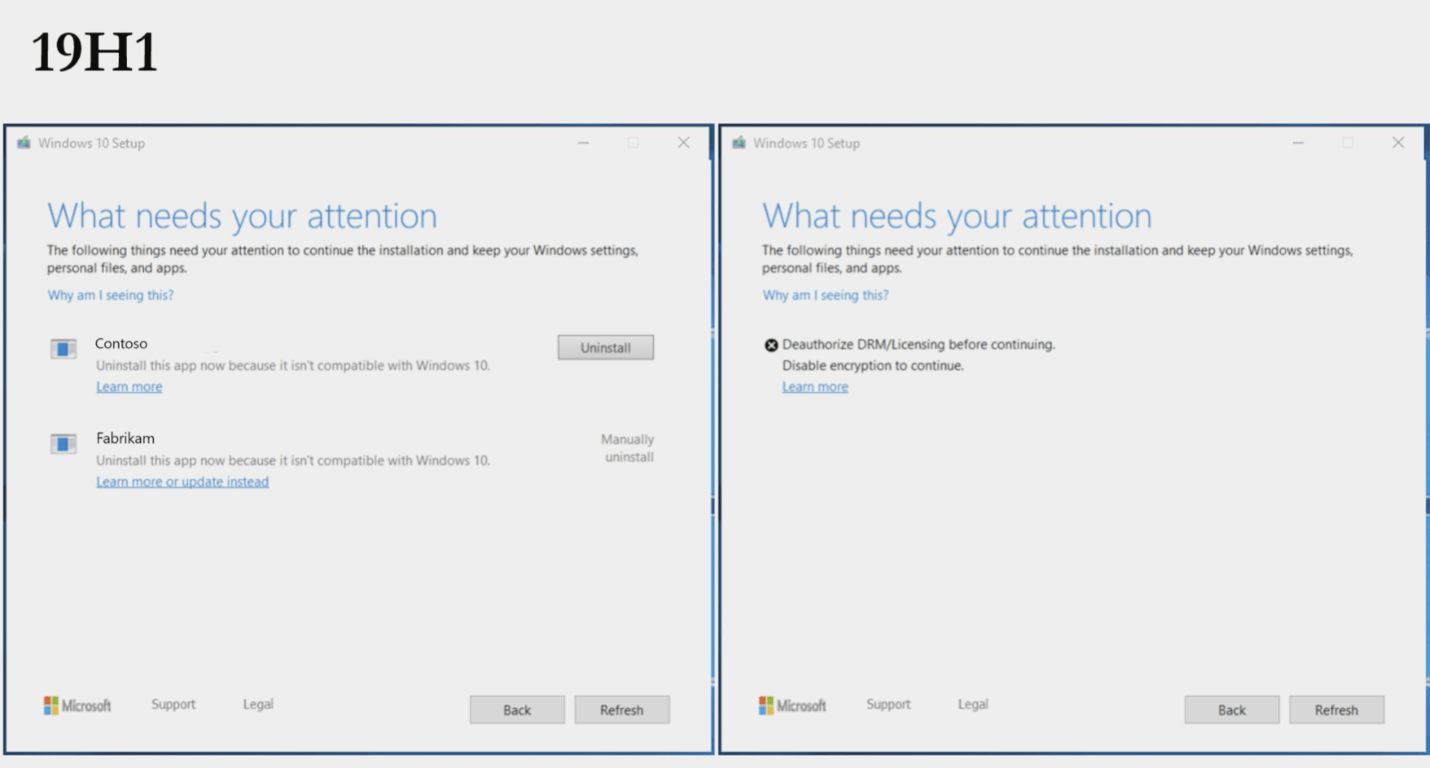 This is obviously much better than leaving Windows 10 users without any choices, and it's probably really time for Microsoft to focus on small details like these that can make Windows 10 PCs a pain to use. Unfortunately, beyond the current confusing pop-ups, it's still too easy to encounter weird error messages that require you to do a web search to learn more about your problem. It's great that Microsoft is able to release two major Windows 10 updates every year, but there are still many areas that still require more polish.