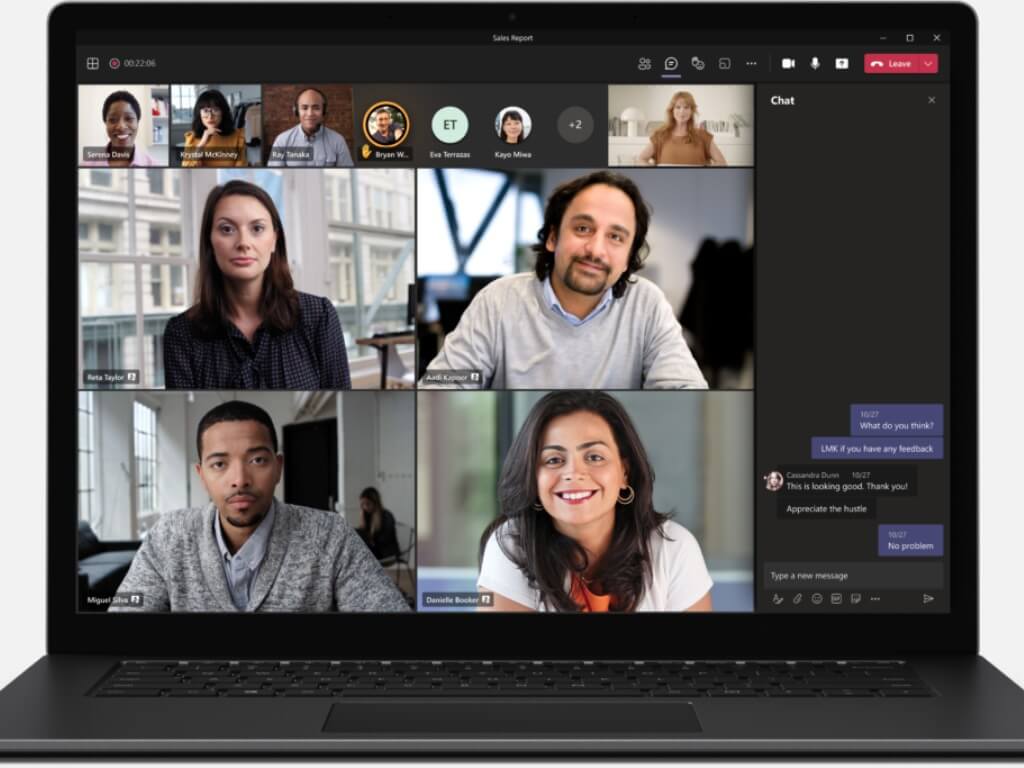 Microsoft has published its usual recap of all the new capabilities and improvements that were added to its Microsoft 365 suite of apps and services. This month, the company has detailed updates made to Microsoft Teams and other Office apps, including Excel, Edge, Outlook, and more. Here's a look at what you need to know.

As always, we will start first with all the improvements being made to the Teams collaboration service. This month, the Microsoft Teams desktop app has added a new feature that lets users quickly create tasks right from any chat or channel conversation. This means that users will no longer have to switch apps or windows for tracking important information. This option is currently only supported on the Teams desktop and web clients.

Microsoft Teams is also getting the ability to spotlight multiple participants in a virtual meeting. Thanks to this feature, organizers or presenters can now pin the video feeds of up to seven attendees simultaneously during meetings.

In addition, Microsoft has some improvements for managing attendee camera permissions in Teams meetings. This update allows organizers to configure the permissions to enable/disable attendee mics cameras before or during the meeting. It should help to prevent visual distractions. Next up are improvements to the Office suite of apps. Last month, Excel on the web picked up a new Office Scripts feature that lets users automate their repetitive tasks. This capability doesn’t require any programming experience, and it’s now generally available for all eligible Microsoft 365 subscribers.

Microsoft is also detailing the new Cortana experience in Outlook introduced this month for mobile users. Outlook for iOS now lets users compose emails, schedule meetings, and search using their voice. These capabilities are set to head to Android users later this year.

The Redmond firm has launched a meeting scheduler service for Microsoft 365 customers. The feature helps to save time by providing an option to use natural language queries for scheduling meetings. Other improvements include a new web landing page for Visio for the web and the general availability of Conversation Insights in Yammer communities.

Microsoft Edge and other updates To end the recap, we highlight some important updates for Microsoft Edge and the other Microsoft 365 apps. The new Edge browser got a new Outlook extension that lets users quickly access their mail, calendar, contacts, and tasks without switching to another tab or app. The extension is coming to the Chrome Store soon.

In addition, Microsoft Outlook is receiving an Organization Explorer experience this summer. It should make it easier for employees to find co-workers with similar skills to collaborate on group projects. The Organization Explorer app is currently avaialble in preview for all Office 365 Insiders.

Some other features added to Microsoft 365 include several new capabilities for Microsoft Bookings. The Bookings app now offers customization and branding options, stricter administrative controls, and an improved appointment scheduling experience. Finally, Microsoft Seach has added support for finding content and information in additional locations with Microsoft Graph connectors, and you can read more about these updates on this support page.