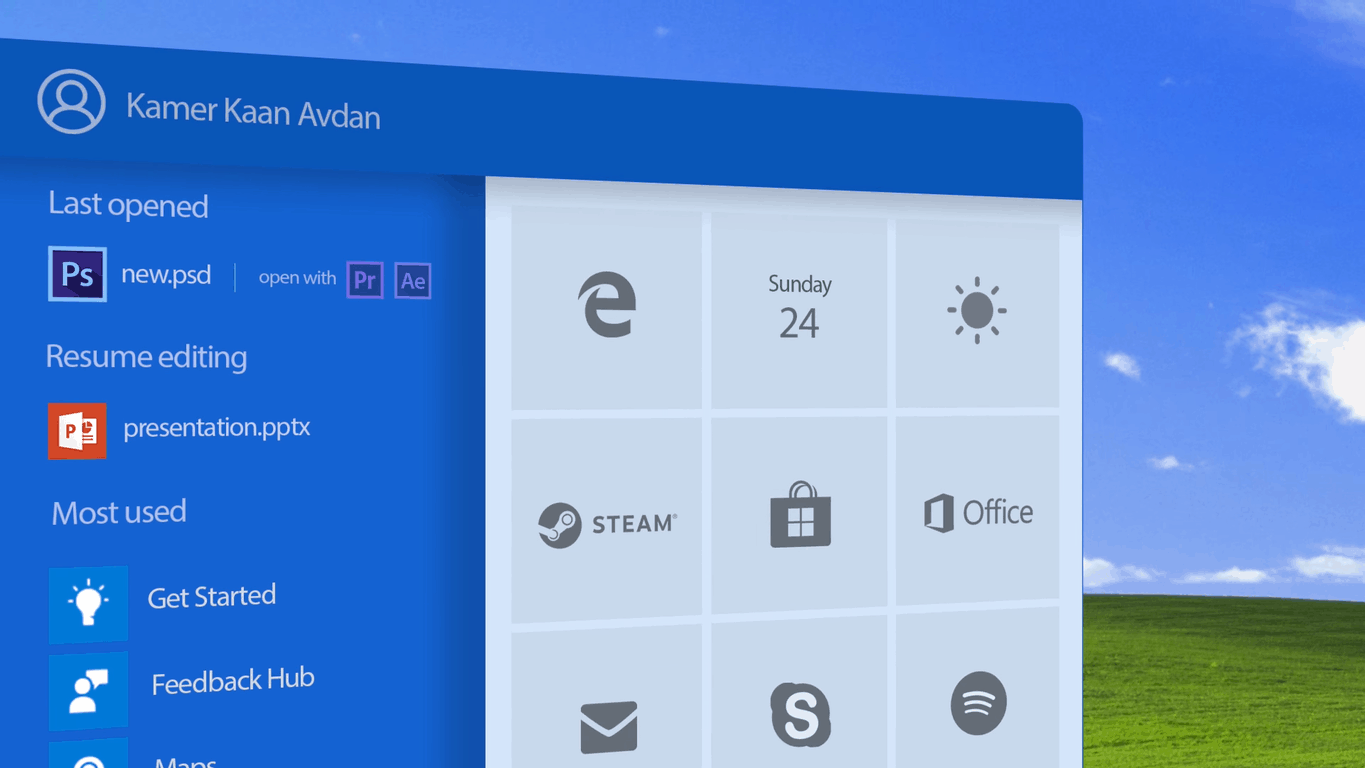 Microsoft ended support for Windows XP a long time ago, but the nearly 17-year-old operating system still holds a special place in the hearts of many Microsoft fans. That brings us to wonder, what would Windows XP look like if it still was in development in 2018? Well, one YouTuber sets out to answer that question with a "Windows XP 2018 Edition" concept video.

As you can see, the video showcases a remastered Windows XP with many fluent and modern looking user interface elements. The login screen, power menu, and taskbar in this concept all get touches of modern Windows 10 elements blended with the classic Windows XP coloring.

Our personal favorite happens to be the reimagined Start Menu, which keeps the Windows XP style layout but adds modern live tiles alongside. Other cool elements of the video include a remasted mail app, File Explorer, and a Windows Timeline UI that is clearly inspired by Windows 10's Fluent Design.

Even though it's nothing but a concept. it is still safe to say this is a pretty cool video. Let us know in the comments about your favorite moment from this concept video.