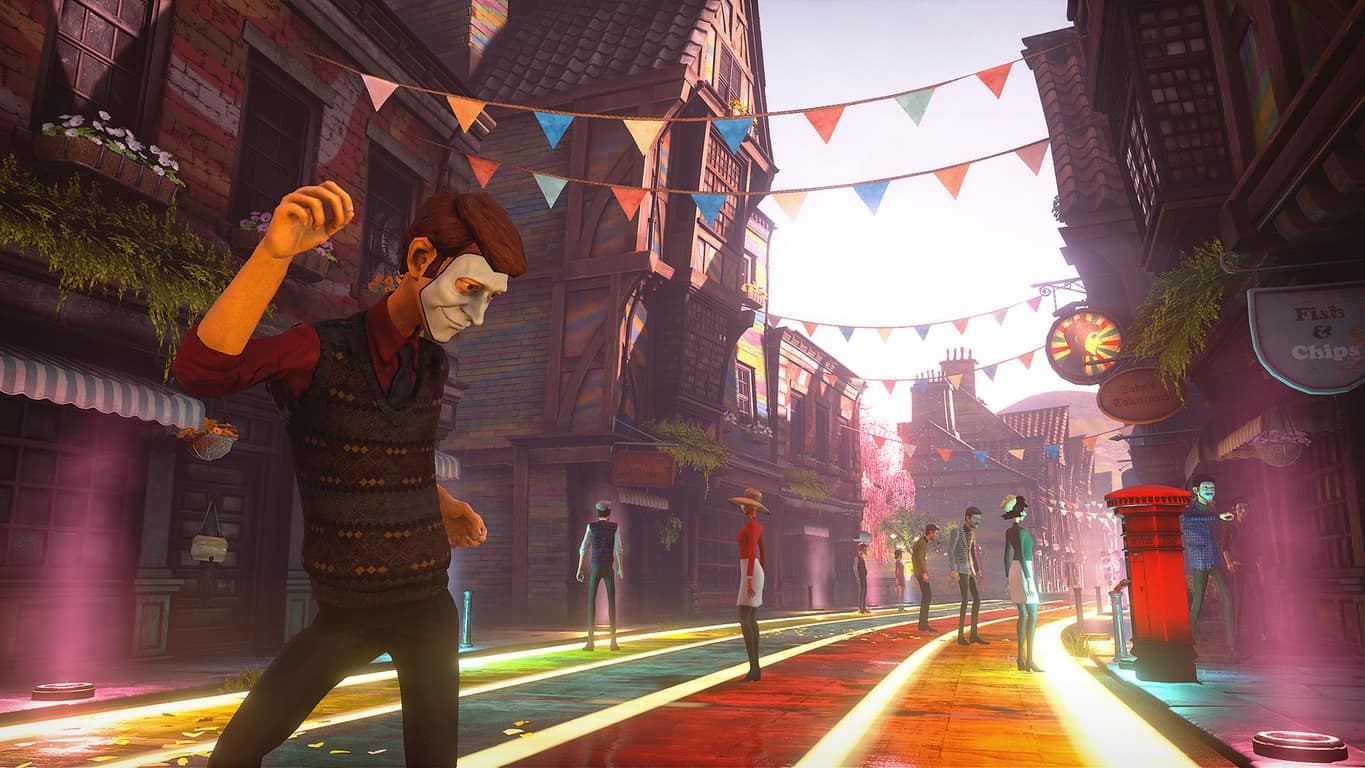 The highly-anticipated video game, We Happy Few, has now officially launched on the Xbox One after being in Game Preview since 2016.

We Happy Few is an action-adventure title with a strong focus on character and narrative set within a bizarre post-apocalyptic 1960s London. The game supports both HDR and 4K resolution when played on Microsoft's Xbox One X console.

We Happy Few is the tale of a plucky bunch of moderately terrible people trying to escape from a lifetime of cheerful denial in the city of Wellington Wells. In this alternative 1960s England, conformity is key. You’ll have to fight or blend in with the drug-addled inhabitants, most of whom don’t take kindly to people who won’t abide by their not-so-normal rules. Discover the retrofuturistic city’s dark history as you play through the intertwined narratives of three quietly rebellious citizens of Wellington Wells. Each has their own strengths and weaknesses as they face their pasts, prepare for the future, and engage in activities that aren’t exactly status quo in the artificially enthused society.

Have you been waiting to play We Happy Few on your Xbox One? What do you think of it so far? Share your (spoiler-free) thoughts with the community in the comments below and then follow us on Pinterest for more Xbox content.