Well, now, this looks like fun. Xbox's own Major Nelson, a.k.a. Larry Hryb is branching out from his efforts in promoting Microsoft's favorite console (or, acting the traitor to Xbox, depending on your perspective). Today at 1pm PST, he'll be building an Origin PC live on Twitch.
Here's his announcement on Twitter:

Just in case the details are too buried in the tweet, you can click here to go straight to Origin's Twitch channel here. You'll be able to chat with Major Nelson during the buildout, and watch while an Origin gaming PC is built from something close to scratch.
Not much more to report here. We're sure many of you are on vacation and enjoying the holidays, and we're envious. So, head on over to Twitch and watch an awesome gaming rig get slapped together. Remember that you can watch Twitch on your Xbox One, as well as your Windows 10 Mobile smartphone via the unofficial Twitch app 8Stream. 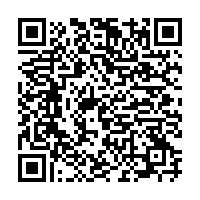