Watch the Game Awards tonight on Mixer to get exclusive MixPot digital rewards - OnMSFT.com Skip to content
We're hedging our bets! You can now follow OnMSFT.com on Mastadon or Tumblr! 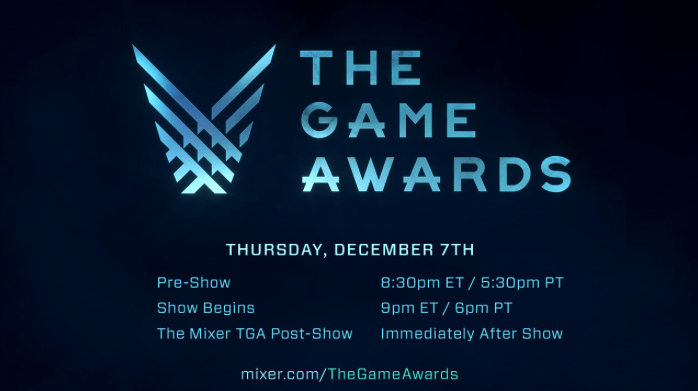 Later today, the annual Game Awards ceremony will once again celebrate the video games industry with a live stream available on many digital streaming platforms, including Mixer. The Games Awards remains one of the biggest video games events worldwide with over 8.5 million viewers in 2016, and this year’s edition promises to be quite special with a live performance of French rock band Phoenix.

The event will be held at the he Microsoft Theater in Los Angeles, and it will kick off at 5:30PM PST / 8PM EST. 102 games and individuals have been nominated for this year’s awards: interestingly, the massively popular but still unfinished PUBG made it to the Game of the Year category, and the indie gem Cuphead made it to several categories including Best Art Direction, Best Score/Music and Best Indie Game. You can check the full list of nominees on the official website.

Just like it did during E3 2017 and Gamescom, Microsoft is inviting you to watch the live stream on Mixer to get exclusive MixPot digital rewards. The company has yet to reveal the free content it will give away after the event, but previous MixPots included the he Rare Replay Xbox One bundle, additional content for Minecraft, Forza Horizon 3 and more.

If you’re ready to watch the ceremony on Mixer later today, don't forget to link your Microsoft Account to your Mixer account in order to be eligible for the MixPot rewards. In case you missed it, wee also remind you that Microsoft has just kicked off a limited-time Game Awards sale that will last through December 10.

Some closing thoughts on Windows Mixed Reality and the Lenovo Explorer