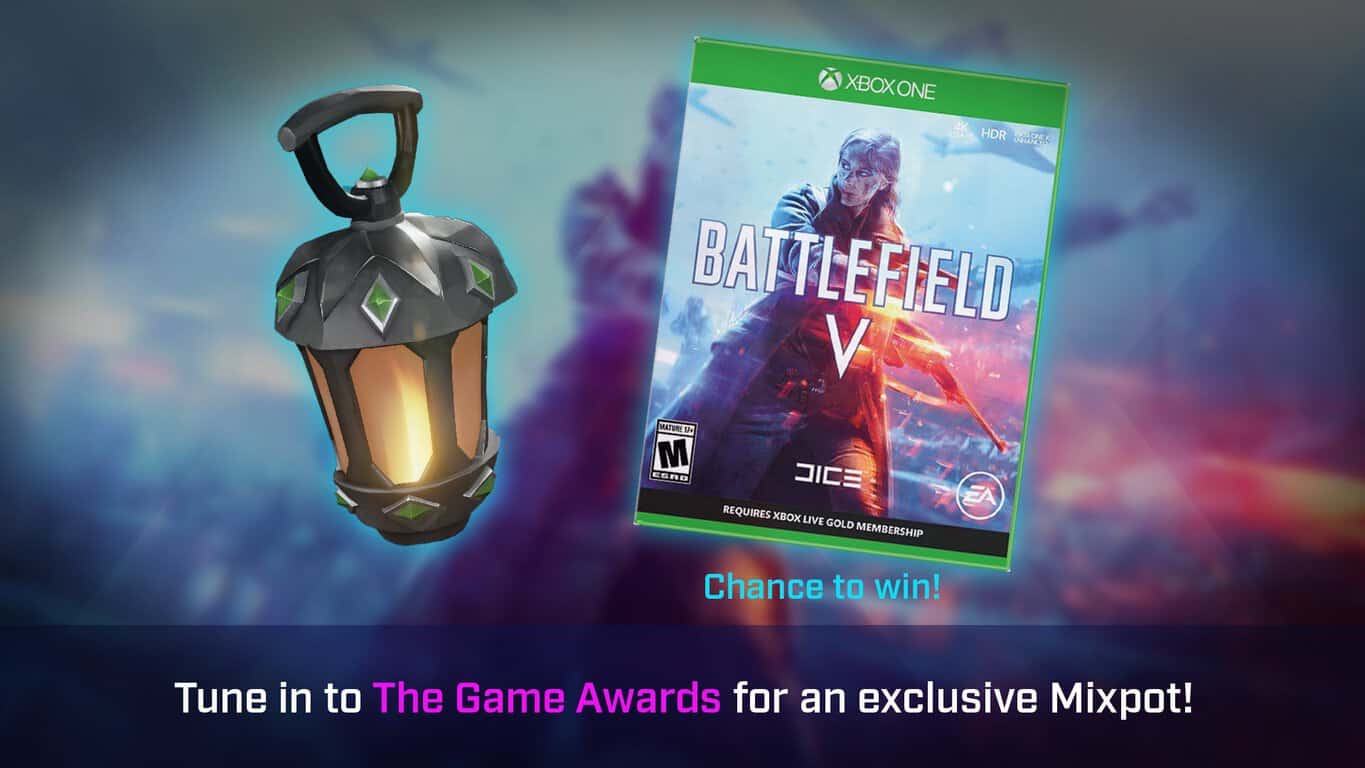 Tonight at 9 PM ET / 6 PM PT, The Game Awards will celebrate the video games industry with a live ceremony that will be streamed on many popular video platforms. Just like last year, Microsoft’s Mixer service will join the party and those of you who watch the ceremony on Mixer will get exclusive “Mixpot” rewards. The digital gifts will include a mysterious Sea of Thieves DLC, and the Mixer team will also offer 500 copies of Battlefield V to some lucky members of the audience.

This year’s ceremony may be pretty special for Microsoft as Xbox head Phil Spencer will be on stage tonight. It’s not clear yet if the exec will use this opportunity to announce some big news, but after he announced two new studio acquisitions at XO18 last month, you never know.

If you want to get your free Mixpot tonight, don’t forget to link your Mixer account to the Microsoft account you use on your Xbox One. You can follow the ceremony later today at mixer.com/TheGameAwards

Microsoft releases another patch for the Windows 10 October 2018 Update

There are now over 550 backward compatible games on Xbox One, with more than 100 additions in 2018