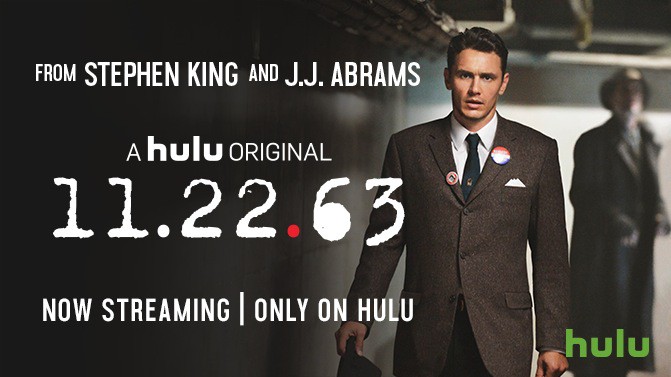 For online movie streaming services, it's all about original series these days. Netflix has had some critically acclaimed works in the past year, but what about its popular competitors, say, Hulu? Well, in fact, Hulu is airing a new original series, called "11.22.63", and it's giving Xbox users some love with an exclusive deal.

A Hulu Original, "11.22.63" is an silver-screen adaptation of a Stephen King's sci-fi novel of the same name, from critically acclaimed director J.J. Abrams (whose body of works include science fiction blockbusters like Star Wars Episode VII: The Force Unleashed, and Star Trek). The story is about a time traveller (played by James Franco)  who attempts to prevent President John F. Kennedy's assassination on November 22, 1963 (hence the name.) The first season of the series will be available for free exclusively on Xbox.

Gaming consoles these days are not just for gaming: for some they can act as a full entertainment hub, helped greatly by popular online streaming services like Hulu and Netflix. The Xbox One is arguably the best console at the moment for watching movies with its heavy multimedia focus, making Hulu's exclusive offer very appropriate. Too bad Windows 10 users can't take advantage of the recently released Universal app for the offer; one can hope, however.