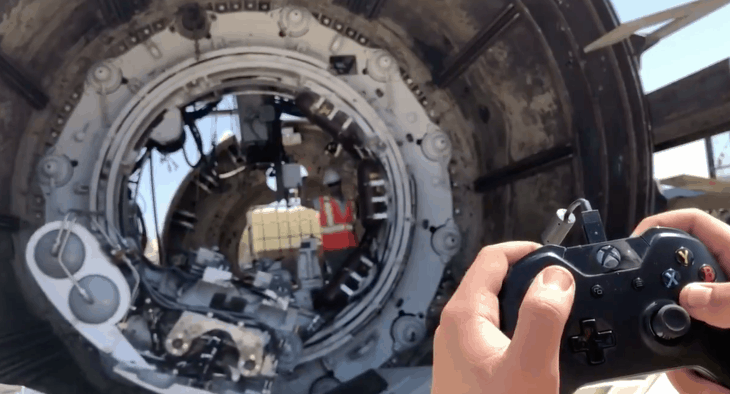 The United States Navy once famously replaced submarine joysticks with Xbox Controllers, but there's now a new use case for the list. As sent out in a Tweet this weekend, Elon Musk's The Boring Company is using  Microsoft's Xbox controller to run a giant tunnel-drilling machine (via Tech Crunch.)

In the roughly 45 second long video, we can see a user move his fingers from the trigger buttons and joysticks on the Xbox One Controller in order to run the teeth on the drilling machine. Not only does it look absolutely amazing, but it is a reminder of the possibilities of the Xbox controller.

Indeed, the Xbox controller can be plugged into any modern Windows PC and programmed to be used with certain software. In this case, it looks as though The Boring Company has mapped each of the Xbox buttons for a specific task on the drilling machine. That not only makes things easier for the operator by eliminating the need for learning new controls, but it just looks so damn cool.