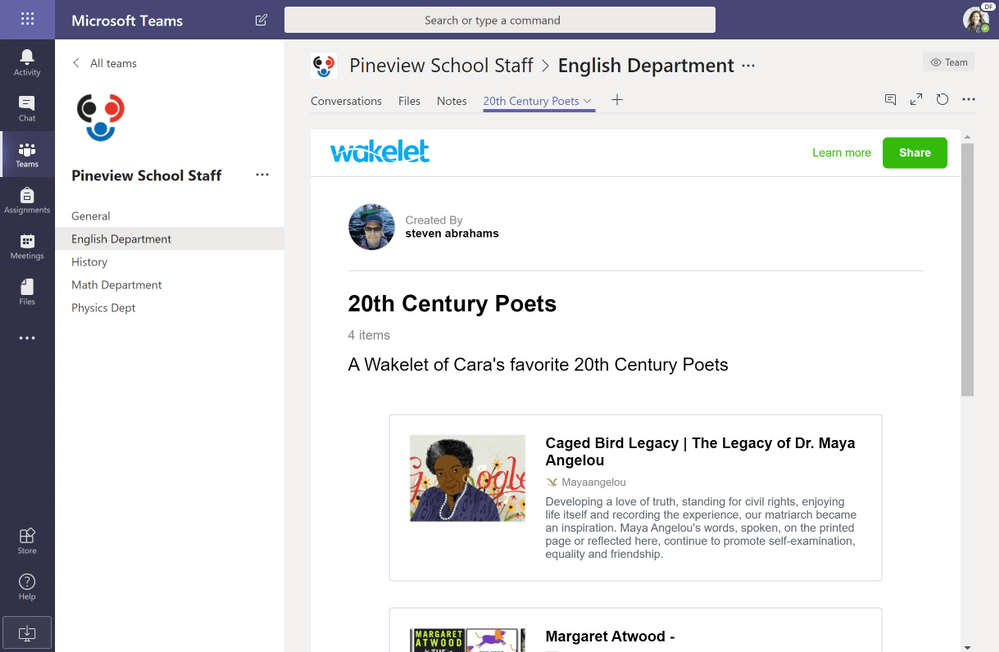 Microsoft has just introduced the Wakelet app for Microsoft Teams, which allows users to view their saved web collections straight from within Teams. The company’s blog post explains that the app introduction was due to high demand after last week’s integration of Microsoft’s Immersive Reader straight into Wakelet.

Microsoft has been heavily invested in new features and integrations in Teams since it began in late 2016. However, last week Slack’s CEO noted that he doesn’t think that Microsoft Teams is “really a threat,” despite the Redmond giant’s productivity app yielding a higher number of daily active users.

Will you be giving the Wakelet app a swing in Microsoft Teams? Or is there another app or service you’d like to see integration with Microsoft’s business chat solution? Let us know in the comments.