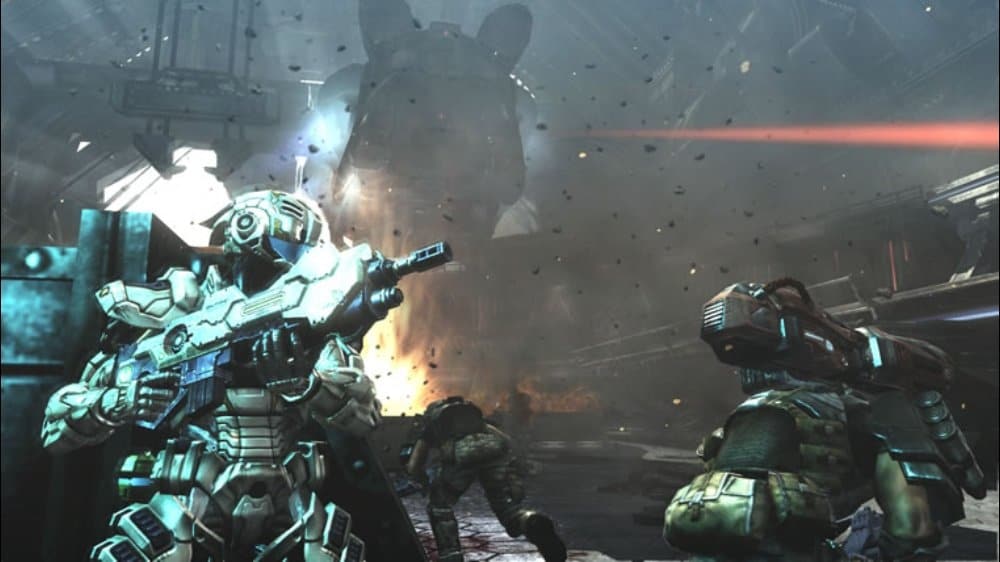 Today is Tuesday, traditionally the day on which Microsoft adds new games to the Xbox One Backward Compatible catalog. That said, there are three Xbox 360 titles which are coming to Xbox One via Backward Compatibility today: VANQUISH, Lara Croft and Guardian of Light, and Brave. As always, we've included the details for you below the Tweet.

VANQUISH, Lara Croft and the Guardian of Light and Brave: The Video Game are coming to Xbox One Backward Compatibility today https://t.co/qPMRNrLoTQ pic.twitter.com/Sapmb2QenS

VANQUISH is a sci-fi shooter of epic proportions with a fast, fluid and frenetic combat system. It takes the shooter genre to the next level by adding unique offensive and defensive moves, and kinetic melee combat.

Experience the first ever co-op action-adventure game featuring Lara Croft. Team up with a friend or go at it alone as you traverse and solve deadly traps, fight hordes of undead enemies, and collect over 60 artifacts and relics. Lara Croft and the Guardian of Light offers fast-paced action and breathtaking visuals shown through an isometric view.

In Disney Pixar Brave: The Video Game, challenge destiny and change your fate! Play as Merida, a Will ‘o the Wisp and other popular characters from new Disney Pixar film, as you run, jump and battle your way through the rugged landscape of mythical Scotland. With your wits and bravery, face off against fierce enemies to end a magical curse and save the kingdom!  Play as Merida Single-Player or Coop with a Will ‘O The Wisp  Compete with archery mini-games using Kinect for Xbox 360

These three titles are the first to join the catalog since Mafia II and the 2006 Prey game joined back last week. Just as usual, if you own digital copies of these titles they should appear in the ready to download section of the Xbox One guide now. And, if you own physical copies, all you need to do is insert the disk into the Xbox One and let the system work that Backward Compatible magic.