Last month, Microsoft started to roll out its new Skype experience on iOS and Android devices, and it’s fair to say that consumer feedback has not been great so far. Many users have complained about the app being difficult to navigate, or pointing out the loss of basic features such as the ability to delete contacts or sharing from other apps to the new Skype. Microsoft previously tested its new Skype experience with members of the Skype Insider program, but maybe the app needed to spend a little bit more time in the oven before being released to iOS and Android users.

As of today, the iOS app has an alarming 1.5 star average rating on the App Store, down from 4.5 stars before the update, and the very numerous one star reviews are pretty brutal. Google’s Play Store doesn’t reset average scores every time an app receives an update, but recent reviews for the Skype Android app are clearly not better. Skype users have also been pretty vocal on Microsoft’s Community website, and the following post from user felixmayberry may give you a good idea of what this is all about:

My phone automatically updated to Skype 8 and… wow. This is the worst update I’ve possibly ever seen. It’s a weird mix between literal texting and a Snapchat rip-off now. I was using Skype for Skype, I didn’t want it to be The Newest Snapchat!
Removing the ability to be available and invisible was a bad decision. Removing the ability to turn off large animated emojis was a bad decision. The formatting looks horrible. I can’t even press enter within a message anymore. If the Skype desktop is made anywhere near as bad, I’m officially going to switch to Discord.
I mean, seriously. I get that Snapchat is “cool with the teens” now. But every app is now trying to copy their style exactly and it makes me want to use their apps less, not more.

Another Microsoft Answers poster, MexMer, details more of the missing functionality in the latest update:

not only ui is horible (on my fullHD 5″ i see only 1/3 of text, compared to previous version). they also removed functionality from new version.

you can’t see who is online and who is not, unless you enter conversation with them.
you cannot open links in browser (like chrome or firefox), you cannot attach files. picture can be attached only from camera roll, not other albums in gallery (that’s it, i can’t even send screenshots to friends).
you cannot save files to downloads or gdrive.
share to skype is missing (when you for example want share url from browser, or picture from your gallery, skype is not targets).
and there is lot more. i honestly can’t understand how they even decided to roll out this unfinished beta version

To be fair, Skype had quickly fallen behind WhatsApp, Facebook Messenger and Snapchat in recent years, and Microsoft clearly had to do something to make its messaging app still relevant in the market. Unfortunately, Skype had slowly but surely become a niche messaging app, or an app for “prosumers.” Because of the legacy of the desktop, Skype still looked like old-school IM clients such as Microsoft’s own MSN Messenger, and not enough like “mobile-first” messaging apps like WhatsApp, which uses your phone number and address book to connect you with other users in a heartbeat.

Over the years, Skype never managed to bring all the features available in the desktop apps (including screen sharing or Facebook login) to its various mobile apps, which definitely tells something about the app being a bit too complex. The new Skype experience is about making Skype a true mobile messaging app, but the new Highlights feature (obviously inspired by Snapchat Stories) also turn it into a lightweigt social network, which wasn’t really something users have been asking for.

It remains to be seen if Microsoft will listen to feedback from users, but according to this official FAQ it seems that the company may make it easier to see which contacts are online in the new Skype:

We understand that users would like to see which contacts are online or not. Currently you can see there status in your chat window, learn more. We are actively working on this scenario. Thank you for your patience in the interim, stay tuned for an update. 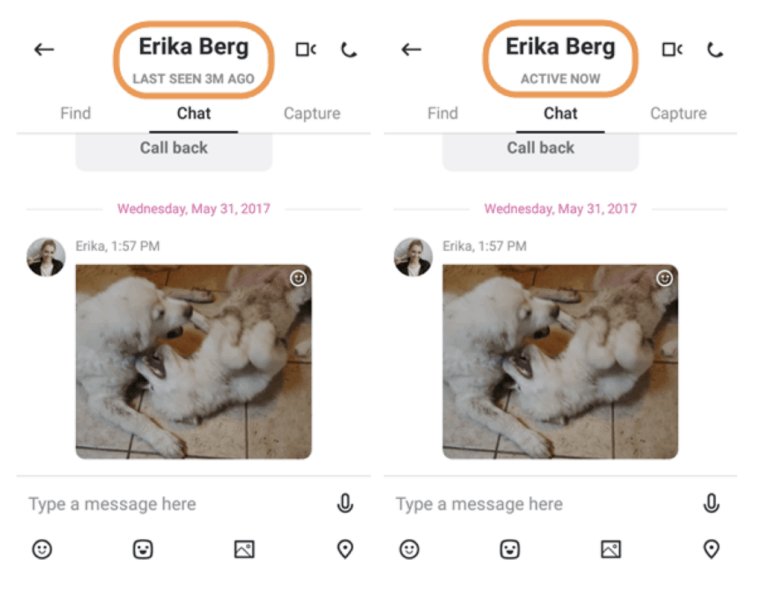 The new Skype experience is expected to roll out to Windows and macOS at some point, but we hope Microsoft will take the time to listen to consumer feedback before going forward. Did you already test the new Skype experience on iOS and Android, and do you also have some issues with it? If so, let us know your thoughts about it in the comments below.

Live in the UK? Check out these Surface Pro 4, Surface Book discounts at the Microsoft Store

Sony pulls down PlayStation 4 Anthem trailer with Xbox One footage