As of today, the US State Department will staff up to 100 new personnel for its cyberspace and digital policy bureau according to a report from The Washington Post.

Between two presidential administrations and eleven years, the Cyber Coordination office is finally getting a proper debut and presumably the funding to go with it as today’s announcement is accompanied by a request from the Biden administration of $37B to get it up and going.

The new cyber bureau will take its current 60-staff personnel and focus on raising awareness of cyberdiplomacy with the war in Ukraine, a bevy of ransomware attacks that include the 2021 Microsoft Exchange Server data breach, the recent Lapsus$ hack, as well as the attack on the Colonial Pipeline among many others.

Secretary of State Antony Blinken addressed the new Cyber Bureau’s expanding scope of focus and responsibility as such, ““Democracies must answer together the question of whether universal rights and democratic values will be at the center of our digital lives — and whether digital technologies deliver real benefits in people’s lives. To do that, we need America’s diplomats leading the way. That’s why the work of the CDP Bureau will be so important.” 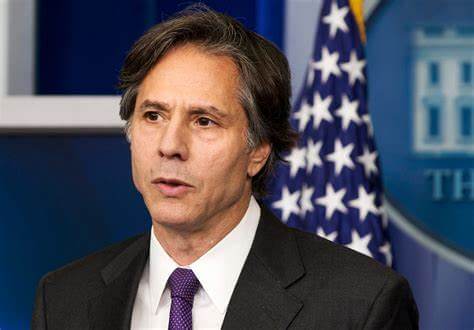 As for the grittier details, Jennifer Bachus, who led the US Embassy in the Czech Republic will head the operation for now while Senate holds confirmation hearings on a more permanent leader position.

Bachus’ opening mandate will accompany diplomacy talks regarding 5G telecommunications equipment currently banned Chinese-based manufacturers Huawei and ZTE, discussions on the proliferation of ransomware in the corporate sector and Internet governance concerns, according to The Washington Post.

The formal rollout of the Cyber Bureau should help businesses interface in a more organized and expedited way when issues of ransomware or state-sponsored cyber-attack occur such as what happened with SolarWinds.

While the goal is to staff up to 100 people within the bureau, ideally outside help from companies such Google, Microsoft, IBM, and others will help bolster its efforts in the future.